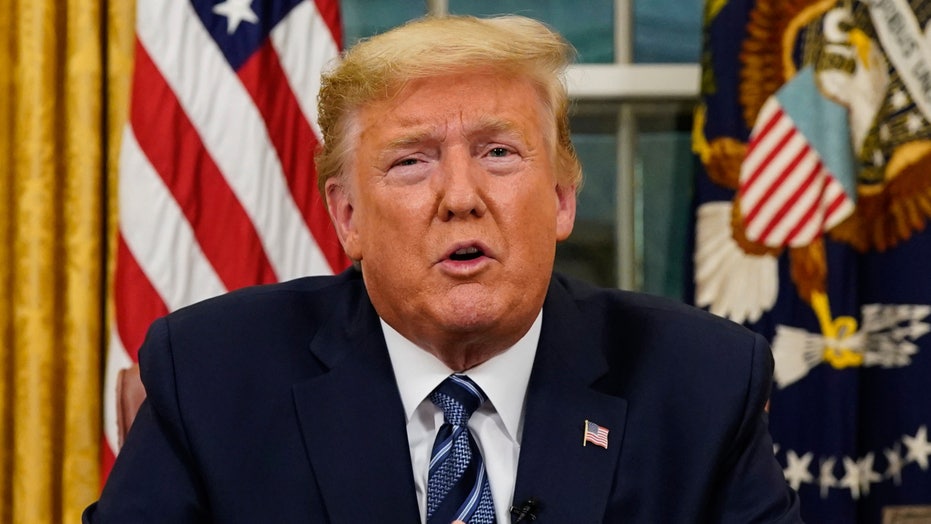 Trump halts travel from Europe to US for 30 days

In a sign of these volatile times, President Trump’s Oval Office speech wasn’t even the most noteworthy thing that happened that hour.

In rapid succession, starting at 9 p.m. eastern Wednesday, Tom Hanks revealed that he and his wife have the coronavirus, and the NBA suspended its season after one player tested positive.

By the next morning, the stock market continued to crater, forcing a second automatic trading halt, as the Dow plunged another 2,300 points—capping a collapse that wiped out more than 80 percent of its gains during the Trump years.

And by yesterday afternoon, the NCAA had pulled the plug on the March Madness tournament. Major League Baseball had canceled spring training and delayed Opening Day by at least two weeks. The NHL had also frozen the hockey season.

This may well be the new normal, as everyone in America struggles to cope with a pandemic that has altered our lives in ways large and small.

The media, which have also been deeply affected, is scrambling just to keep pace with the breakneck pace of developments. It’s really no longer a question of whether journalists are hyping the virus, it’s a business trying to shovel out information that is changing hour by hour.

The sports cancellations may be a blow to fans, but the mushrooming wave of colleges sending students packing (in favor of online classes) is disrupting the lives of countless families. Some public school systems are taking, or weighing, similar steps.

And Broadway is shutting down, at least until the middle of April.

Who thought we’d be living in a world where states like New York and California are banning gatherings of more than 250 or 500 people?

Or where the Capitol and White House would announce yesterday that they’re essentially closed to the public?

For all the personal hardships and inconveniences, a news flash like Tom Hanks and Rita Wilson announcing they have the virus—from Australia, where he’s filming an Elvis Presley movie—is more than a gossip item. Hanks is a beloved figure who played Mr. Rogers without being out of character. But more than that, as the first celebrity to contract the disease, he is now the face of the virus crisis. And it was easier for the couple to get tested in Sydney than it would have been in the States.

This has gotten personal, as well, for the people who cover the story. The Washington Post and New York Times are encouraging staffers to work at home. CBS has shut down its New York headquarters after two confirmed cases. The network morning shows, late-night shows, and other programs like “The View” have dropped their studio audiences.

So when Trump delivered his White House speech, he was confronting a threat that goes well beyond political warfare. It is now a cultural calamity.

The president’s sober tone was good, a significant departure from many earlier comments in which he minimized the impact of the virus and blamed public concern on the media and the Democrats. But the steps he announced were limited, and he didn’t really address the lack of widespread testing that people across the spectrum agree has been the most significant failure in this mess.

What really undercut the Trump speech were the hasty corrections afterwards, such as that the 30-day ban on travel from Europe doesn’t apply to American citizens or residents, or to trade between the countries.

How does what was arguably the most important address of his presidency not get vetted more carefully than that?

Maybe no presidential speech could have totally calmed the country. Perhaps no words from Washington could stop a Wall Street slide that reflects global economic damage.

But there is a deep sense of unease in the country that transcends politics, one that isn’t likely to fade any time soon.