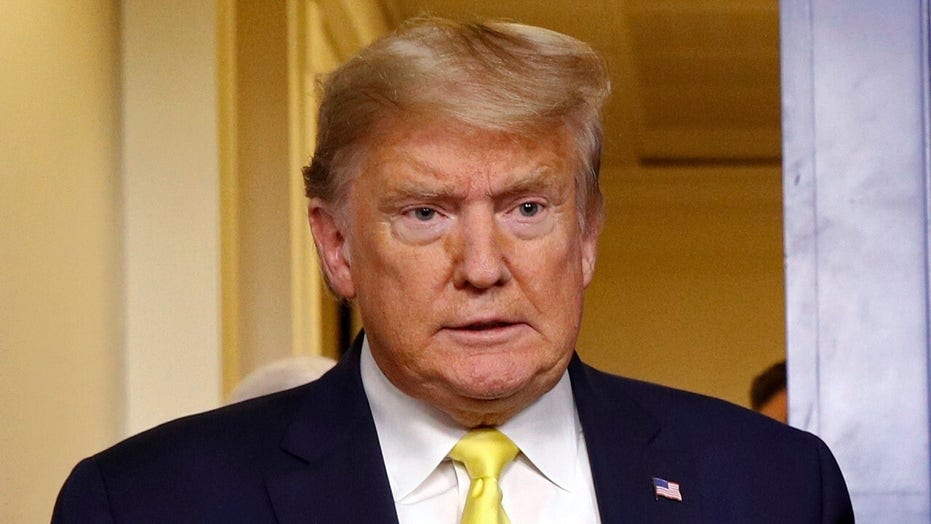 President Trump and White House officials are discussing how to stimulate the economy after stocks make a record one-day drop; John Roberts reports.

It was inevitable that the media, which have been covering the coronavirus round the clock, would soon be affected by the virus as well.

The Washington Post has asked reporters who covered CPAC to self-quarantine for seven days, since someone at the conservative conference was infected with the virus. Politico and the Daily Beast have asked its reporters who covered the gathering in suburban Maryland to work remotely, according to Washingtonian. (Several members of Congress are self-quarantining after attending CPAC, and that includes Mark Meadows, President Trump’s incoming chief of staff.)

Katie Couric tweeted that she had been with Rick Cotton, head of the New York and New Jersey Port Authority, over the weekend, and wished him well after he had contracted the virus. Many people demanded to know why she hadn’t immediately self-quarantined. Couric said she’d only had a 90-second conversation with no physical contact, and her doctor and health officials said there was no need for a quarantine, but that she would be cautious and work from home.

MEDIA LAUNCH VEEPSTAKES CHATTER: BIDEN NEEDS A WOMAN, BUT WHICH ONE?

This is probably just the beginning. If members of Congress are at risk, Capitol Hill reporters might also be exposed to the virus. And many outside guests pass through television studios, and are touched by makeup artists.

In one sign of the times, the press seats in the Pentagon briefing room have been spread out in a bow to social distancing.

On the entertainment side of the business, TMZ reports that “Jeopardy!” and “Wheel of Fortune” have decided to tape their shows without a live studio audience. One reported concern is the weakened immune system of “Jeopardy!” host Alex Trebek, who is battling Stage 4 cancer.

It’s hard to be in journalism without personal contact with people–whether it’s covering rallies or debates, flying on Air Force One, or getting out and interviewing people--but we all need to rethink our daily routines.

And what about the party conventions in July and August? Will they come off as planned if the virus is spreading at anything like the rate it is today? Will many of the 15,000 journalists who generally attend decide to pass up Milwaukee and Charlotte?

There are more subtle effects as well. It’s one thing to be reporting and writing about coronavirus in China, Italy, or the Seattle suburbs. It’s another thing when people you actually know are contracting the virus, and adds to the sense that the disease is dangerously spreading.

And this comes at a time when the news business is under fire—by critics ranging from Trump to Dr. Drew—for unnecessarily scaring people about the magnitude of the threat. (The press, in turn, regularly lambastes Trump for underplaying the situation.)

Some bomb-throwers like CNBC commentator Rick Santelli aren’t helping. He called for everyone in America to be infected with the virus to get it over with. “It was just a stupid thing to say,” he later admitted on “Squawk Box.” “The idea of something so absurd — I just apologize, and I apologize to everyone on this segment and all my peers at CNBC. We will get through this. We are resilient. But even if one life is affected, I do apologize for my insensitivity.”

White House Press Secretary Stephanie Grisham is demanding that Vanity Fair retract a report that Trump has told aides he’s afraid that journalists will try to contract the coronavirus and give it to him on Air Force One. “False and sensational writing on this topic is irresponsible,” she said.

The broader dilemma, in my view, is not so much the tone of the coverage as the relentless volume of it. There are so many angles to this global story, including the stock market plunge that culminated Monday with the largest drop since the 2008 financial crisis.

Harvard kicks students out of the dorms and moves to online classes. Boston cancels its St. Patrick’s Day parade. South by Southwest is canceled. Pearl Jam cancels its concerts. Joe Biden and Bernie Sanders camce; rallies in Cleveland. New York and Florida declare states of emergency. Andrew Cuomo deploys the National Guard to a “containment zone” in a New York City suburb. There is talk of the NCAA tournament, and even the NBA, playing without fans (which LeBron James says he would boycott). And every new case, or handful of cases, gets breaking-news treatment.

These and many other stories are significant and have to be covered. What’s more, there is clearly a huge public appetite for news about the virus (not to mention a thriving market of disinformation on social media, as the NYT reports). That’s why the subject is dominating cable news and the top of home pages of major newspapers. In that sense, news executives can be described as giving the public what it wants.

But with America on edge, with emotions so raw, with the crisis so politicized, journalists need to think long and hard about whether their they are even inadvertently sowing the seeds of panic.