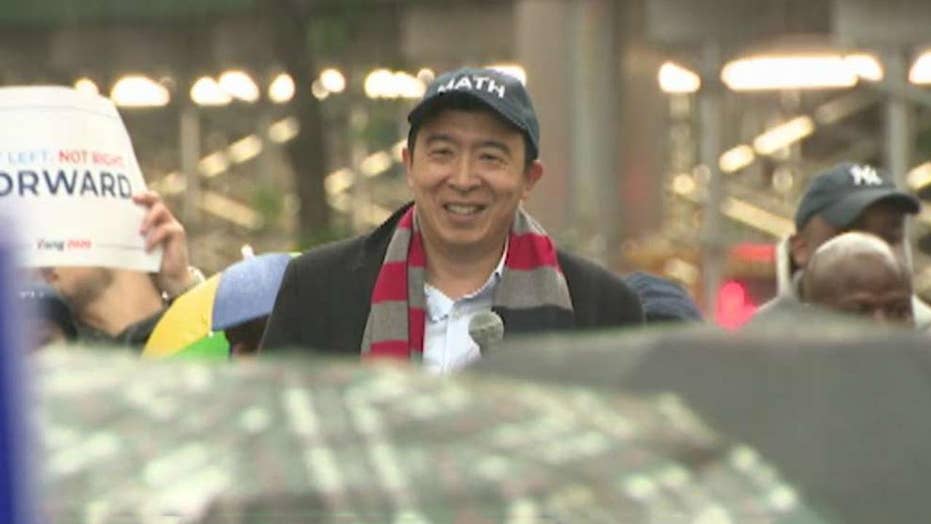 A pair of NBC News journalists apologized to Andrew Yang on Friday after the 2020 Democratic presidential hopeful called out an on-screen graphic that omitted his name when listing candidates participating in an upcoming debate.

Yang tweeted an image of the faulty graphic, pointing out that the Peacock Network “may have miscounted.”

Yang’s added that though “honest mistakes happen” on occasion, “NBC and MSNBC seem to omit” him on a regular basis. Yang sent a series of tweets about the way he’s treated by NBC News and even included a video with “more examples.”

However, Hopper eventually realized he was the one who was wrong and apologized.

“Well, I’ve been schooled in #math. Got it right in one piece, wrong in another. Apologies, @AndrewYang. We will correct,” Hopper wrote.

NBC News national political correspondent Steve Kornacki also apparently responded to Yang’s tweet with an apology, via an account that is unverified despite having over 260,000 followers.

“There's no excuse for it and it's my responsibility to check any graphic that I go on-air with, so I apologize for this screw-up. It's been corrected in the clip you are linking to here. I owe viewers, candidates and their supporters information that is 100% reliable,” Kornacki wrote.

Yang took the high road and accepted the apology.

“These things happen,” he wrote.