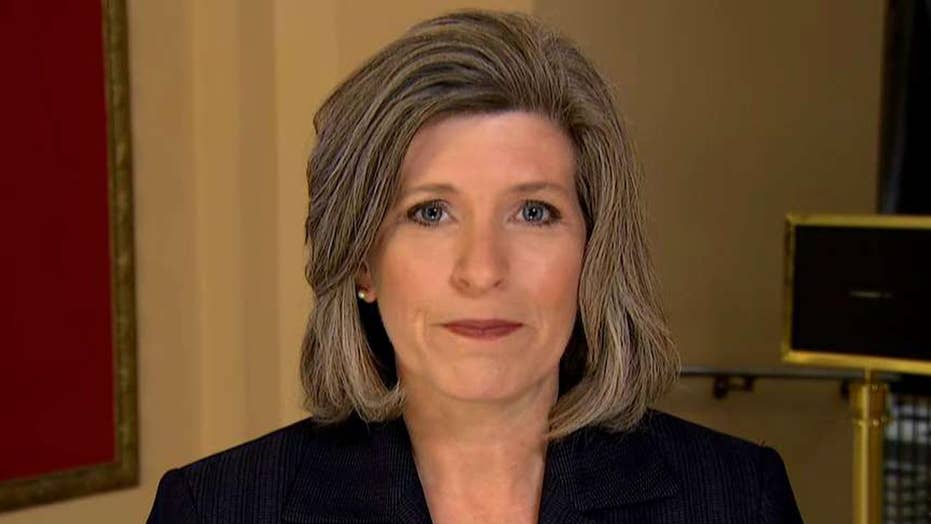 Sen. Ernst: Democrats using scare tactics on Iran because they don't like Trump

Republican Sen. Joni Ernst says it's time to lean forward and examine the overall U.S. strategy in the Mideast after Iran's escalation.

NBC News anchor Chuck Todd pulled no punches against President Trump for criticizing the Obama administration during his Wednesday address about the escalated conflict with Iran.

During NBC's post-speech analysis of Trump's address to the nation, the "Meet the Press" moderator took aim at the president over his claim that "the missiles fired last night at us and our allies were paid for with the funds made available by the last administration."

"I think it is notable at how ham-handedly the president tried to politicize this by blaming the previous administration for financing -- you know, we're glossing over that," Todd reacted. "The sitting president of the United States accusing, essentially, the previous president of helping to finance Iranian weapons is quite remarkable, that he's willing to push the envelope like that with the office- with this office."

He continued, "I mean, I guess at this point we shouldn't be surprised that he does these things anymore. It's still a remarkable thing that he actually did it."

Later on MSNBC, Todd mocked the president when a guest on his show suggested that Iran's "long-game" is to control Iraq if or when the U.S. withdraws troops from the neighboring nation.

"They're long-game thinkers," Todd said about Iran. "We know that Donald Trump doesn't think about anything more than a week in advance."

Meanwhile, NBC News' chief foreign correspondent Richard Engel, who often has been critical of Trump, praised the president on MSNBC.

"I think what we saw today was President Trump perhaps at his most measured," Engel told the panel. "He talked about how the U.S. military is strong, how it's been rebuilt under his leadership, but that he does not want to use it. And, he did seem to be offering an off-ramp."

Engel pointed out that Trump's address was "not the speech" some in the Middle East were expecting.

"It was an off-ramp speech, it was a de-escalation, and if anything, it opens the door for a potential new path forward.”