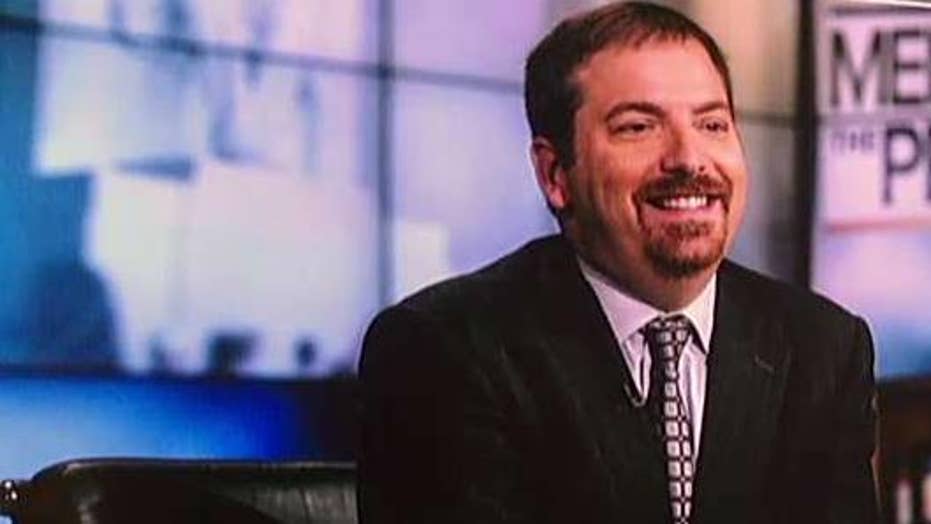 'Meet the Press' host Chuck Todd is facing pushback for touting a letter to the editor that claims religious people who believe in 'fairy tales' like Noah's ark support President Trump because they 'want to be lied to.'

NBC News anchor Chuck Todd is facing heavy backlash for suggesting that Trump voters "want to be lied to" since they believe in "fairy tales" -- like Noah's Ark.

On Sunday's installment of "Meet the Press," Todd spent much of the show focused on the spread of "misinformation" in the media landscape. But, during a panel discussion, he pointed to a letter to the editor of the Lexington Herald Leader from last January, something Todd thought was a "fascinating attempt" to explain why so many Americans support President Trump.

The letter read, "[W]hy do people support Trump? It's because people have been trained from childhood to believe in fairy tales... This set their minds up to accept things that make them feel good... The more fairy tales and lies he tells the better they feel... Show me a person who believes in Noah's ark and I will show you a Trump voter."

Todd, who has served as NBC News' political director, was slammed on social media for sharing the letter that linked Biblical stories to "fairy tales."

"On a morning after an attack on people of faith, @ChuckTodd uses an ugly Letter to the Editor to mock religious people. What a repugnant individual," NewsBusters managing editor Curtis Houck reacted.

"The fairy tales Chuck Todd told us for years about the Steele dossier have more to do with media distrust than Noah's Ark," The Federalist publisher Ben Domenech wrote, referencing the controversial anti-Trump files compiled by British ex-spy Christopher Steele.

Even a member of Trump's 2020 campaign reacted to the segment.

"If Chuck Todd's wondering why Trump voters don't trust the mainstream media, one reason might be they don't like supposedly impartial reporters insinuating the real reason they support the President is because they 'want to be lied to' and comparing the Bible to 'fairy tales,'" Trump campaign deputy director of communications Zach Parkinson wrote.

This segment was the latest in eyebrow-raising comments the "Meet The Press" moderator has made in recent days.

Todd faced backlash for an interview he did in Rolling Stone where he confused author Toni Morrison and poet Maya Angelou. He also sparked cries of bias for his claim that Republicans had "an incentive structure" to spread misinformation.