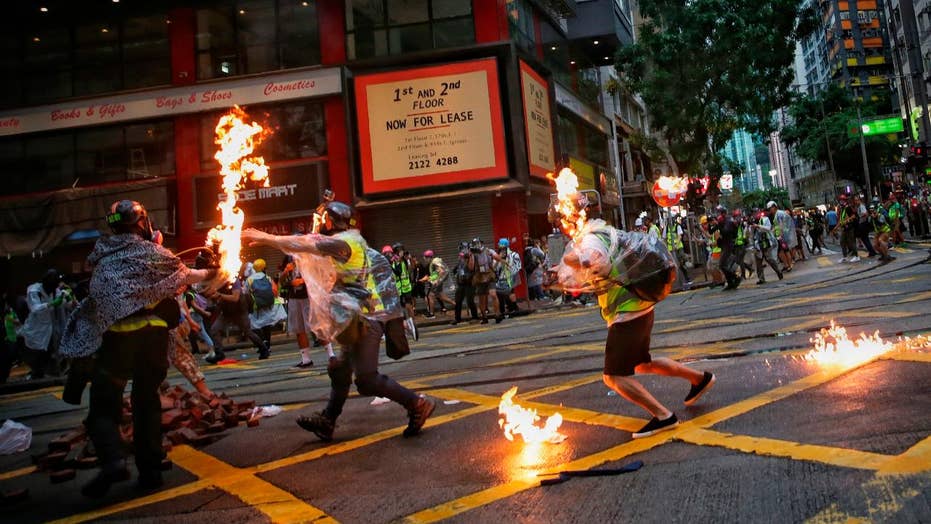 The NBA is trying to backtrack a since-deleted tweet by the Houston Rockets GM in support of protesters in Hong Kong after receiving backlash from China.

Missouri Sen. Josh Hawley has called on the NBA to cancel its high-profile preseason games in China amid growing controversy over a team official’s pro-Hong Kong statement.

Hawley, a Republican, sent a letter to NBA Commissioner Adam Silver on Monday, accusing the league of “kowtowing to the demands of one of the world’s most brutal regimes in the pursuit of profit.”

“I write today to express my disgust about the position of the National Basketball Association (NBA) with respect to Hong Kong and the freedom of the Chinese people,” the letter -- first obtained by The New York Times -- read.

“Doing business with China is one thing, but for the NBA to kowtow to the demands of one of the world’s most brutal regimes in the pursuit of profit is, frankly, revolting. You know better. And the people of this country deserve better. 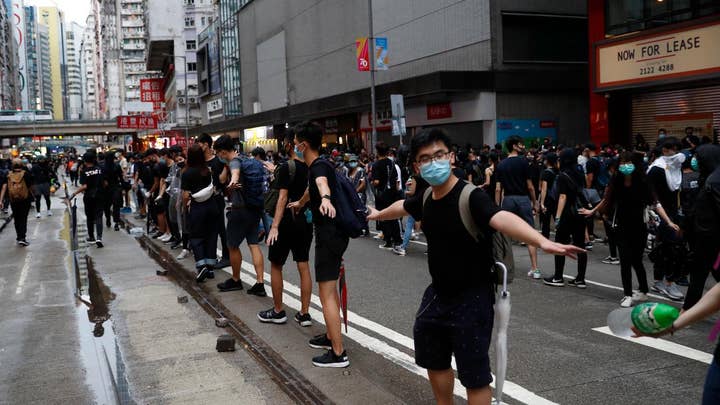 “Not so long ago you said that the NBA is more than just a basketball league, your comment was, ‘I think in this day and age, you really do have to stand for something.’

“Let me remind you what the people of Hong Kong are standing for. For five months now, Hong Kong’s citizens have been calling for representative government and preservation of their basic liberties.

“In response, and at the instruction of the Chinese Communist Party, the Government of Hong Kong has engaged in escalating repression.”

The letter continued to detail some of the dramatic scenes witnessed across Hong Kong in recent months -- including police deploying tear gas, pepper spray, rubber bullets and other methods of protesters -- before Hawley addressed the comments from Houston Rockets General Manager Daryl Morey, which tipped off the controversy.

“Yet when Daryl Morey... tweeted in support of the demonstrators, the NBA swiftly condemned not the violence and repression in Hong Kong, but Morey’s show of support for democracy,” Hawley wrote.

“The League said yesterday that Morey’s comments ‘deeply offended many of our friends and fans in China, which is regrettable.’ What is regrettable is the suppression and political violence carried out by the Chinese Communist Party against the good people of Hong Kong.” 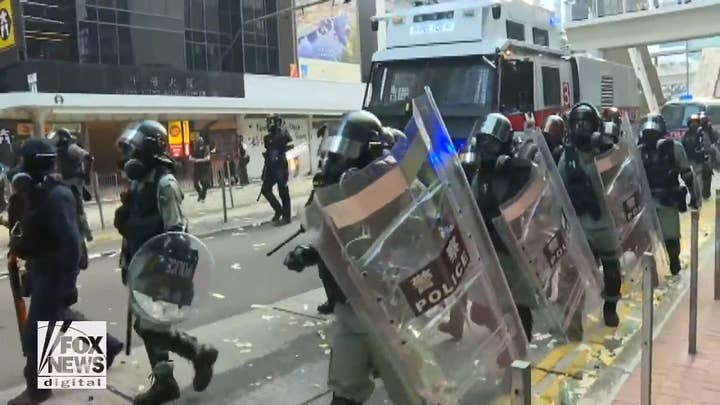 The letter closed: “The NBA and its owners should reverse course immediately, apologize to Mr. Morey and cancel all exhibition games in China pending a peaceful resolution to the crisis in Hong Kong.”

Hawley’s call came after Morey tweeted an image over the weekend that read, “Fight for Freedom. Stand with Hong Kong,” referring to the protests in the semi-autonomous Chinese territory. Rockets owner Tilman Fertitta turned to Twitter to say that Morey did not speak for the team, as the Chinese Basketball Association -- whose president is Yao Ming, the former Rockets star center -- announced it was suspending its relationship with the team.

Other criticism came from Tencent, a major media partner of the NBA in China with a streaming deal worth $1.5 billion over the next five years, and Chinese state television -- both of which said they would not be showing Rockets games.

“I did not intend my tweet to cause any offense to Rockets fans and friends of mine in China,” Morey tweeted early Monday from Japan, where Houston has been playing this week. “I was merely voicing one thought, based on one interpretation, of one complicated event. I have had a lot of opportunity since that tweet to hear and consider other perspectives.

“I have always appreciated the significant support our Chinese fans and sponsors have provided and I would hope that those who are upset will know that offending or misunderstanding them was not my intention. My tweets are my own and in no way represent the Rockets or the NBA.”

NBA Chief Communications Officer Mike Bass said the league recognized that Morey's tweet “deeply offended many of our friends and fans in China, which is regrettable.” Bass added that the league supported people “sharing their views on matters important to them.”

He continued, “We have great respect for the history and culture of China and hope that sports and the NBA can be used as a unifying force to bridge cultural divides and bring people together.”

The timing of this was particularly awkward for the NBA, whose players often have been outspoken on social issues in the United States.

China has had teams in the U.S. playing preseason games this week, the Rockets are about to play two games in Japan and the Los Angeles Lakers -- with one of the biggest global sports stars in LeBron James -- and Brooklyn Nets are set to play Thursday in Shanghai and Saturday in Shenzhen, China.

At a practice in Tokyo on Monday, Rockets star James Harden was contrite as he spoke standing with teammate Russell Westbrook.

“We apologize. You know, we love China, we love playing there. For both of us individually, we go there once or twice a year. They show us the most important love. We appreciate them as a fan base. We love everything there about them and we appreciate the support that they give us individually and as an organization.”

“By now I hope you can begin to understand why the Daryl Morey tweet is so damaging to the relationship with our fans in China,” Tsai wrote. “I don't know Daryl personally. I am sure he's a fine NBA general manager, and I will take at face value his subsequent apology that he was not as well informed as he should have been. But the hurt that this incident has caused will take a long time to repair.”