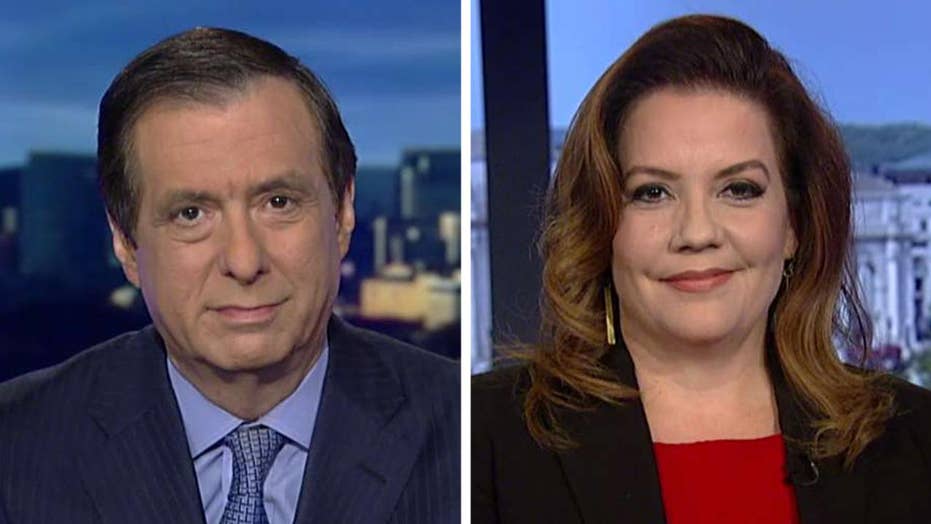 Trump visits El Paso and Dayton in wake of shootings

Trump defends rhetoric amid condemnation from critics; reaction and analysis from the 'Special Report' all-star panel.

An MSNBC guest blasted President Trump's visit to El Paso, Texas, on Wednesday, and said it was like he was "walking into a crime scene with blood on his hands."

Paola Ramos, a former 2016 campaign staffer for Hillary Clinton, argued that critics of Trump's trip to El Paso see "someone that is walking into his own crime scene.”

"Every time he used the word invasion, he has implicitly entitled his base to attack us. So that is why what we’re seeing on the screen is not normal, because a lot of people see someone that is literally walking into their own mess, their own crime, their own slaughterhouse that he has created.”

Ramos then accused the president of "lying" after he expressed concerns about the rise of white supremacy as well as "any group of hate" to reporters. She also referred to the major raid conducted by U.S. Immigration and Customs Enforcement (ICE) at a food processing plant in Mississippi, where 680 illegal immigrants were arrested.

"The largest ICE raid in the last ten years is taking place right now, just took place in Mississippi," she told MSNBC host Ari Melber. "So he can show up, he can denounce hate, he can denounce white supremacists, he also, as he's doing all of his, just enacted one of the larget raids that we have seen in this country. So he's, in my eyes and many victims’ eyes, a traitor."