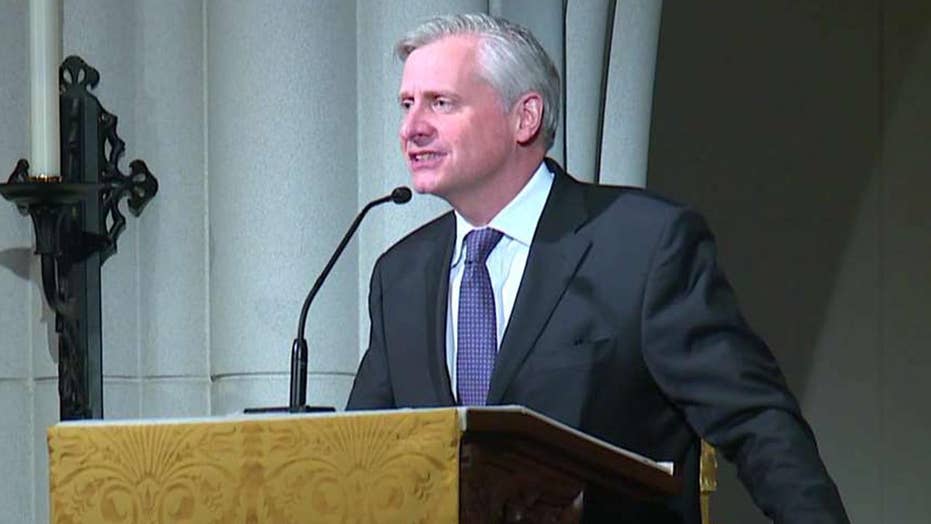 “To record history doesn’t mean you are removed from it," Meacham told MSNBC’s Brian Williams following his speech when asked why he decided to ditch his usually nonpartisan ways to endorse Biden.

The Pulitzer Prize-winning historian and author had never previously endorsed a political candidate, but that quickly changed when he said we’re living through a “grave moment in America” during his DNC speech.

“Our democracy is under assault from an incumbent more interested in himself than he is in the rest of us,” Meacham said. “We must decide, will we continue to be prisoners of the darkest of American forces? Or will we free ourselves to write a brighter, better, nobler story? That’s the issue of this election.”

The MSNBC contributor then said that Biden has “empathy, grace, a big heart and an open mind,” which Meacham feels are needed from the president amid the current climate in America.

Meacham, who has authored books about multiple presidents and is often asked to eulogize political figures, wasn’t the only cable news contributor to speak at the convention. CNN contributors Andrew Yang and John Kasich also spoke out on Biden’s behalf, but Meacham seemed aware that it was unusual for someone with his credentials to chose a side – but he felt it was necessary.

“Vice President Biden very generously asked me to do this tonight, and we’ve been friendly for a long time, I was honored to do it and I totally spoke from my heart, my soul,” Meacham told Williams following his speech.

“For what it's worth... I was not asked to make any point. They gave me a time limit and a subject, they asked me to define the soul of America because I had done that book a couple years ago, and that was it," Meacham added.

"There was no requirement that I endorse the nominee or talk about the nominee, but if you are engaged in the conversation that we’re having in America right now, which is how do we restore a balance of power between good and evil, and light and dark, and between our better angels and our worst instincts, and that is the conversation, then it naturally leads you intellectually, emotionally, politically, to the recognition that we have a stark choice here.”