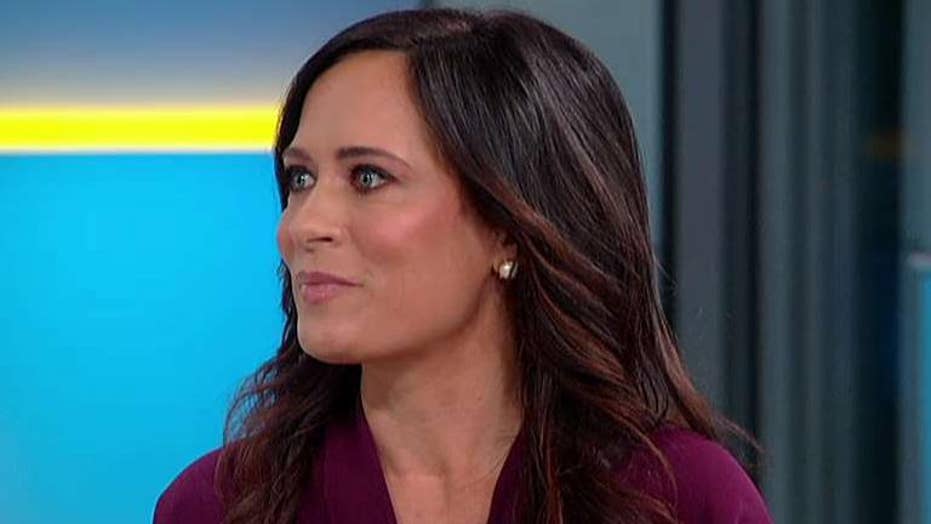 President Trump made it clear that he did absolutely nothing wrong, says White House press secretary and communications director Stephanie Grisham.

“He’s his own best spokesperson… also, he’s the most accessible president in history,” Grisham said of President Trump on “Fox & Friends.”

Grisham was then asked if Trump’s frequent gaggles are the new form of press briefing, which previously consisted of press secretaries Sean Spicer and Sarah Sanders taking questions from sometimes-hostile reporters in the James S. Brady Press Briefing Room.

“Ultimately, if the president decided it’s something we should do, we can do that, but right now he’s doing just fine and to be honest the briefings had become a lot of just theater,” she said. “I think that a lot of reporters were doing it to… get famous.”

“They’re writing books now, they’re all getting famous off of this presidency, so I think it’s great what we’re doing now,” Grisham added.

Grisham didn’t name names, but CNN White House reporter Jim Acosta has emerged as a household name for constantly sparring with members of the Trump administration when they are made available to the press.

Last year, Acosta was briefly banned from the White House after he engaged in a contentious back-and-forth with Trump and refused to pass the microphone to a female White House aide. He has since written a book about his time covering Trump.

“Fox & Friends” co-host Brian Kilmeade then asked how Trump reacted to the way Spicer and Sanders were treated by critics such as NBC’s “Saturday Night Live,” which pokes fun at members of the administration with unflattering impersonations on a regular basis.

“Absolutely, I think it’s so important that the spokesperson for the president can adequately speak to his policies and get his message out there. I think the president saw that that’s not what was happening," Grisham said. "It had become, again, theater, and they weren’t being good to his people. He doesn’t like that. He’s very loyal to his people, and he put a stop to it.”