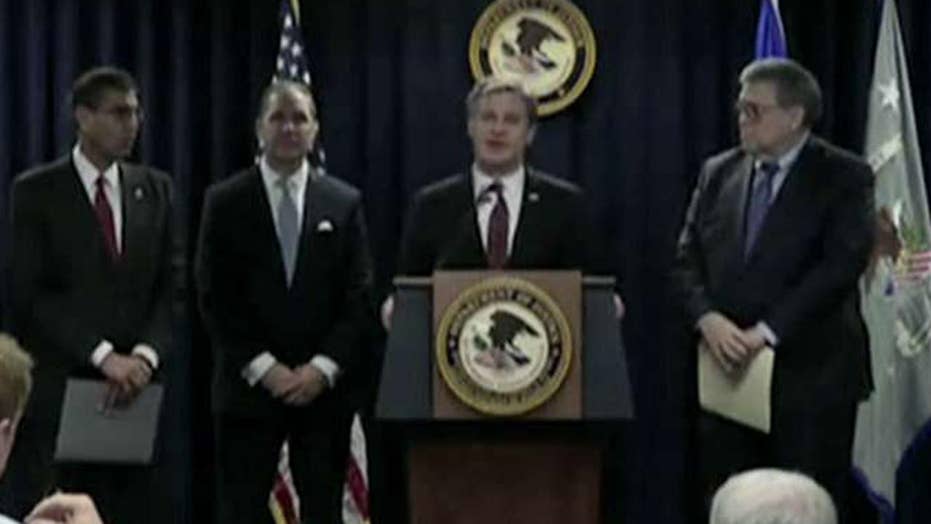 "I think Christopher Ray's problem is he doesn't seem like he is that upset about what happened," Hemingway said on "The Story with Martha MacCallum." "I think people are looking for someone who is extremely serious about this, who understands the significance, who takes it like the serious thing it is."

BARR WARNS AGAINST 'POLITICAL' IMPEACHMENT, HITS BACK AT COMEY

"I don't know what report current Director of the FBI Christopher Wray was reading, but it sure wasn't the one given to me," Trump tweeted last week following the report's release. "With that kind of attitude, he will never be able to fix the FBI, which is badly broken despite having some of the greatest men & women working there!"

Hemingway also reacted to a New York Times report that Connecticut U.S. Attorney John Durham is seeking the emails and call logs of former CIA director John Brennan as part of Durham's probe into the origins of the Russia investigation.

"This is really interesting and it shows why the inspector general report, which is about a fairly limited thing, jus FISA abuse... that report was is very different from what Durham is doing," Hemingway said. "Looking at different agencies and getting complaints from different agencies. This Russia collusion narrative really did damage to the country both domestically and internationally, and it involved multiple agencies."

Hemingway pointed out that there are a lot of questions surrounding Brennan.

"There are a lot of interesting things to find out about whether John Brennan knew when he was suggesting otherwise that this Russia collusion narrative was false," Hemingway said. "Whether it was politically motivated by his friends in the Clinton campaign and Democratic National Committee or what exactly."