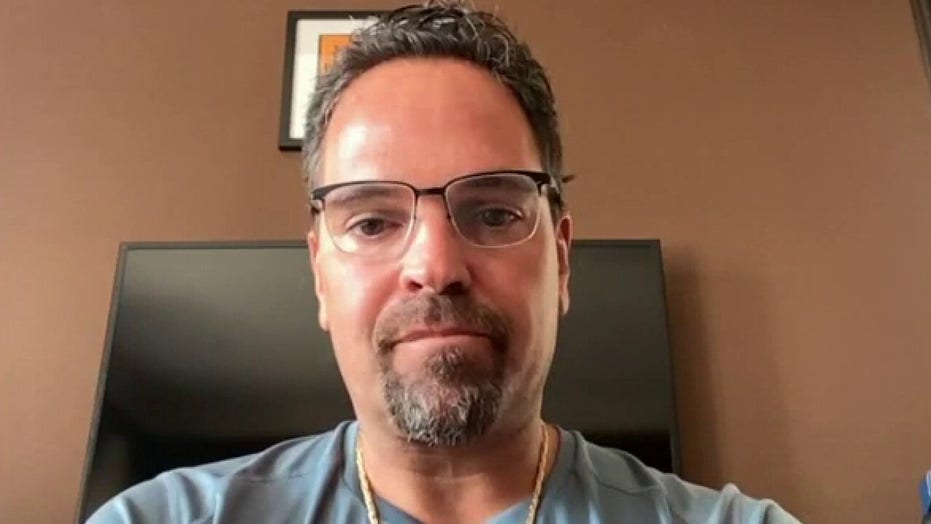 MLB Hall of Famer Mike Piazza: Players tend to feed off the fans

Baseball legend Mike Piazza told Fox News on Saturday that while he believed in the freedom to protest when the national anthem is played at games, he personally believed in standing for the song.

"I think sports was always that last part of separate politics and when I was young, they would always say don't get involved in politics because you're going to alienate half your fans and I think look, but I also believe in freedom and I believe that if I don't want to stand, I don't want to stand, and if people want to kneel, they can kneel. They can do that and you will suffer the criticisms that come with that," Piazza said on "Cavuto Live."

"I personally believe in standing for the national anthem, that's the way I was taught and that's what I believe. If you want to kneel for the cause, then you have the freedom to do that, but I also believe again that it's about freedom and if guys want to do that, fine. It's something but it's just something I'm responsible for myself."

Piazza's comments come as the debate over kneeling during the anthem has returned as the U.S. has experienced months of protest about systemic racism in the wake of George Floyd's death.

During the MLB season opener between the Yankees and Nationals on Thursday, a long line of players from both teams kneeled before the anthem played.

President Trump, who has vehemently opposed the protests, will potentially throw the first pitch at Yankee Stadium in August. “It’s great that baseball is back, and other sports are back," Trump told "Hannity" on Thursday. "I hope everyone’s standing; I hope they’re not going to be kneeling when the flag is raised. I don’t like to see that."

He added that doing so "would hurt a lot of people in our country. They don’t want to see that with the NFL, or baseball, or basketball, or anything else.”

San Francisco Giants manager Gabe Kapler and several of his players knelt during the national anthem before their exhibition game against the Oakland Athletics on Monday. In San Diego, Los Angeles Angels reliever Keynan Middleton kneeled and raised his right fist.

Not everyone has been as supportive, though, amid protests. San Francisco Giants pitcher Sam Coonrod refused to kneel during his team's season opener with the LA Dodgers as an expression of his opposition to the "Black Lives Matter" movement.

"I just believe that I can’t kneel before anything besides God," Coonrod, a Christian, said. He also took issue with how BLM "lean[s] towards Marxism" and "said some negative things about the nuclear family."