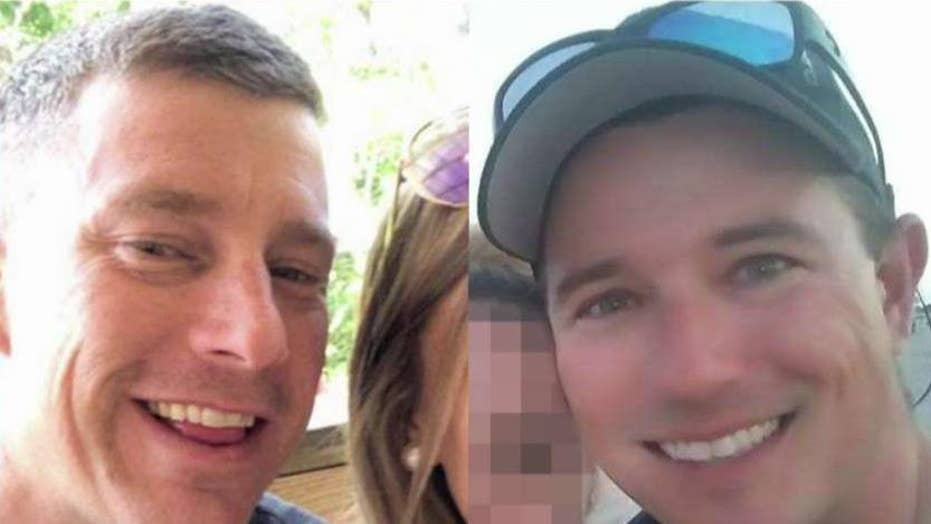 Jessica Bergstresser, sister of Justin Walker, is hopeful following the discovery of Brian McCluney's tackle bag: 'They're putting out breadcrumbs for us.'

The sister of one of two firefighters missing since leaving the Florida coast Friday to go fishing told Fox News on Monday she has hope they are still alive after crews pulled one of their tackle bags from the ocean.

"It means they're out there and they're alive and they're trying to tell us 'We're here and to come get us,'" Jessica Bergstresser, sister of Justin Walker, said on "Shepard Smith Reporting."

Walker, a member of the Fairfax County, Va., Fire and Rescue, and Brian McCluney with the Jacksonville Fire and Rescue, disappeared after leaving Port Canaveral for the 8A Reef, an offshore fishing spot.

On Monday, McCluney's wife, Stephanie Young McCluney, wrote on Facebook that she confirmed her husband's tackle bag turned up 50 miles off the coast of St. Augustine.

"Right now we're all just feeling that they're still in their boat and their floating and obviously with the sign of the tackle box, they're there and they're putting out breadcrumbs for us," an emotional Bergstresser told Fox News' Shepard Smith. "That tackle bag... that really helped us."

St. Augustine is about 125 miles north from where the pair went fishing. The Coast Guard has sent search teams to the area.

Crews encompassing the Coast Guard, local agencies and private citizens have scoured nearly 24,000 miles on water and air trying to locate the firefighters from Post Canaveral all the way up to South Carolina.

The men's boat belonged to McCluney's late father and has experienced mechanical problems in the past, McCluney's wife told WKMG-TV.