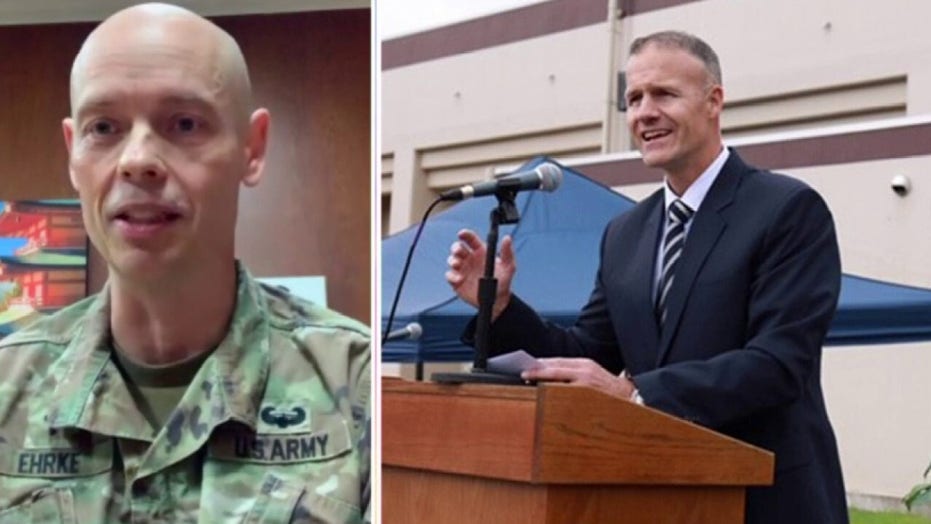 How US troops overseas are celebrating Easter

As countries around the world practice social distancing in a global effort to curb the coronavirus outbreak, U.S. military chaplains have come up with creative ways to celebrate Easter Sunday with their troops overseas.

In Japan, a U.S. military post started hosting weekly drive-up communions which followed a livestreamed Mass service. On Easter, officials handed out specialized gift bags through car windows, in an effort to provide a sense of togetherness as Christians celebrated the resurrection of Jesus, the cornerstone and defining moment of their faith, largely in solitude.

POPE CELEBRATES JOY OF EASTER AMID SORROW OF VIRUS, ALONE

“We are doing some remarkable things, some creative things... doing things a little differently than we normally do but the community has really responded well to it," Lt. Col. Donald Ehrke, a chaplain, said during Fox News' Easter Sunday Special.

Ehrke said the priest on the post first suggested the idea, and he was surprised how quickly the troops on Camp Zama embraced it.

"The priest came up with the idea because it’s so important to receive communion, and at first I laughed, and then I thought, 'well that's just crazy enough to work,' and indeed the community has responded well," he said.

"They stayed together with one another inside their cars but still together as a community."

"The cars line up every Sunday after Mass. They stay in their vehicles and they're all able to receive communion... receive a blessing."

Troops would pull their cars into a designated parking lot and tune into a local radio station, abiding by the necessary safety precautions while worshipping together.

"They stayed together with one another inside their cars but still together as a community. People felt like they had an opportunity to worship together as a group... there was a sense of belonging and togetherness that we so long for," he explained.

The unconventional idea, Ehrke said, was a result of "thinking creatively." He continued, "It's just people coming up with good ideas and implementing those good ideas and taking advantage of what there is still available for us to do, even as we are practicing social distancing."

Last week, Japanese Prime Minister Shinzo Abe declared a state of emergency in Tokyo and six other prefectures after the country saw a surge in coronavirus cases.

"People have kept their spirits high, [but] sometimes it's really difficult especially when you see the news from back in the States."

"Our troop morale is really high... our folks are a hundred percent behind leadership and people understand exactly what they need to do to keep themselves... and one another safe," Ehrke explained.

"People have kept their spirits high, [but] sometimes it's really difficult especially when you see the news from back in the states... I don't there is any family here that isn't impacted by what's happening in America -- but yet, we keep out spirits high, we're very resilient and we stay strong."