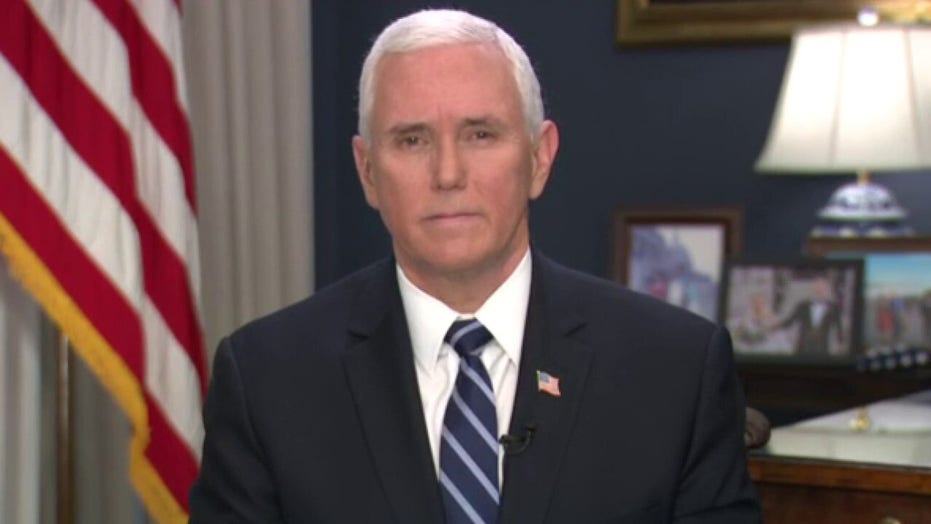 Pence on coronavirus: There will be thousands more US cases but majority won't be serious

Vice President Mike Pence pushed back against CNN anchor Alisyn Camerota's suggestion that the administration encountered "confusion" in communicating the U.S.'s new travel ban in wake of the coronavirus.

“I don’t think there was confusion,” Pence said in an interview with Camerota on the Thursday broadcast of "New Day." "The president took another historic step, just like he did in January with China, to suspend all travel from Europe, Alisyn, for the next 30 days."

During his address, Trump said: "There will be exemptions for Americans who have undergone appropriate screenings, and these prohibitions will not only apply to the tremendous amount of trade and cargo, but various other things as we get approval. Anything coming from Europe to the United States is what we are discussing."

The proclamation only applies to humans, not goods and cargo, a White House official told Fox News. Those transporting goods will "not be admitted into the country, but the goods will be."

His address came hours after the World Health Organization declared the COVID-19 a global pandemic and the number of confirmed cases in the U.S. climbed to more than 1,200. Trump said the new travel exemptions do not apply to the United Kingdom.

The Associated Press and Fox News' Vandana Rambaran and Edmund DeMarche contributed to this report.