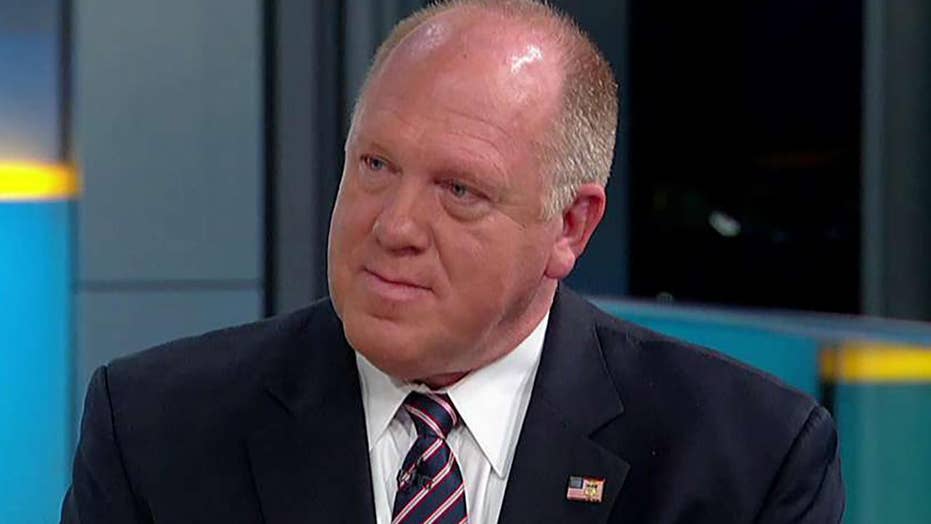 “This isn’t new," Homan said in a "Fox & Friends" appearance. "We did this in fiscal year 2015, under the Obama administration, when I built the first family detention center after the first surge of families. We held them for 40-45 days until they saw a judge. Ninety percent lost their cases, we put them on an airplane and sent them home, and guess what happened: The border numbers went down.”

The Trump administration announced Wednesday that it intends to scrap a major court agreement in order to allow for migrant families to be detained longer as their cases are being considered, instead of having to release them after 20 days. The move will prevent families from being separated as they await rulings, according to the White House.

Current acting Homeland Security Secretary Kevin McAleenan, in a press conference detailing the decision, claimed that the long-standing court order known as the Flores agreement has incentivized illegal immigration and represents a "loophole" in the immigration system.

Homan called the Flores agreement the “worst federal decision in my lifetime” because it forces the government to release kids after 20 days -- well before any decision can be made on their parents' asylum applications.

As a result, officials were releasing entire families to keep them from being separated -- although last year, the administration did separate families as part of a "zero tolerance" program that eventually was stopped amid a bipartisan outcry.

“In a case, it takes about 20 days to process people, not adjudicate, just to process,” Homan said. “If you’re going to limit detention and let them out before they see a judge, you’re going to see a surge in family units that you’ve never seen before.”

“It’s not indefinite," he said. "Migrant families are going to be held until their case processes."

In addition to putting an end to the 20-day limit, the plans announced Wednesday also set standards for detention facilities, which have been criticized by members of both parties for not having sufficient resources to keep people in proper living conditions.