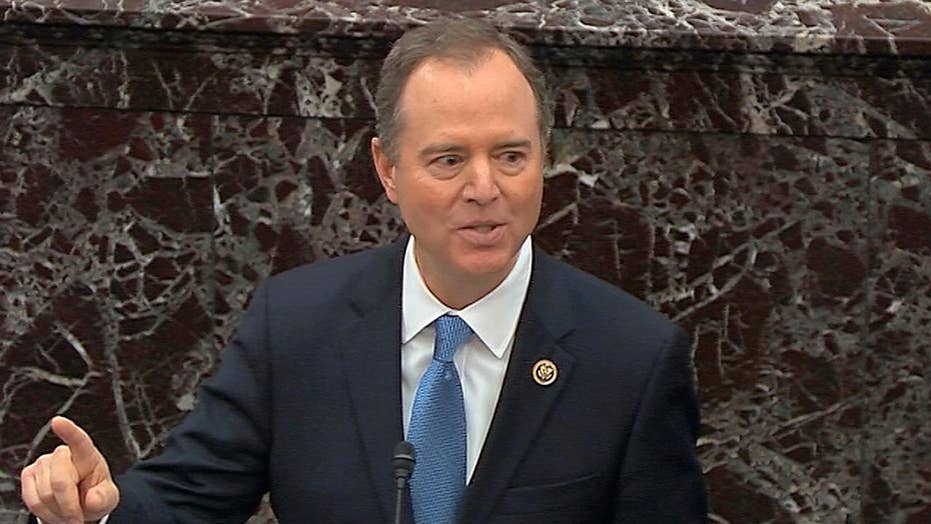 Schiff suggests Russia could attack US during trial argument

After Schiff received praise by her daytime co-hosts, McCain began by expressing she feels like she "lives on a different planet" by not being enthralled by his opening arguments.

"When I saw Adam Schiff, I thought he seemed pretty performative ... and that he's clearly trying to take over for Dianne Feinstein at some point," McCain said, referring to the California senator. "I wouldn't be surprised if he runs for her seat. She's the oldest member of the Senate."

MEGHAN MCCAIN HITS HILLARY CLINTON FOR HER BERNIE SANDERS JAB: 'IT'S STUPID AND IT'S JUVENILE'

McCain then pointed out the "huge disconnect" between how liberals and conservatives view the impeachment trial.

McCain then knocked Schiff for saying that Trump's conduct "cannot be decided at the ballot box" since it's uncertain that "the vote will be fairly won."

"Why are you even bringing this election to this investigation when you're talking about a phone call -- to me, the election right now has nothing to do with it," McCain added.