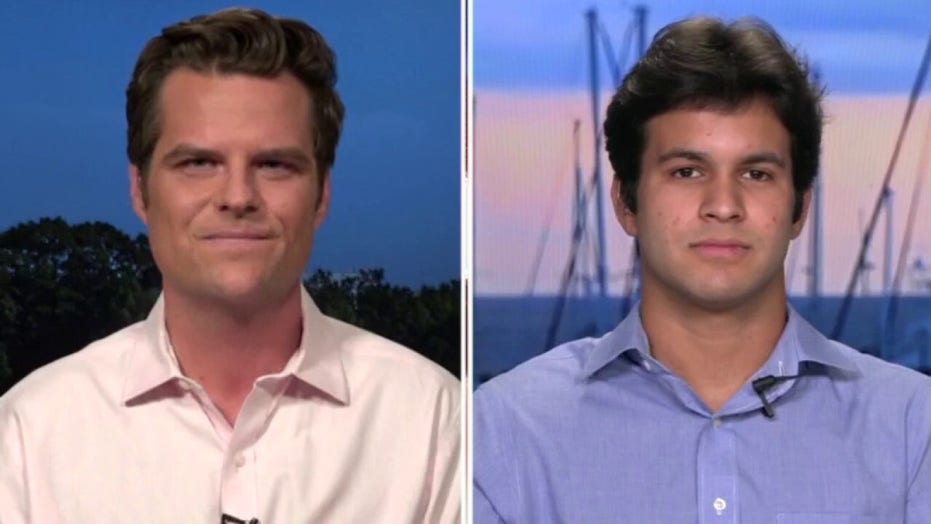 Rep. Matt Gaetz, R-Fla., joined "Tucker Carlson Tonight" Thursday alongside his adopted, Cuban-born son Nestor one day after Rep. Cedric Richmond, D-La., claimed that Gaetz and his Republican colleagues do not understand what it's like to raise minority children.

"It is certainly offensive to have someone tell you that you don't know what a certain experience is like when they know nothing about you," Gaetz told host Tucker Carlson. "Nestor is the light of my life. I couldn't imagine loving him any more if he was my own flesh and blood.

"I've raised him for the last six years, and he is the most remarkable young man," Gaetz added. "I am proud of him."

Gaetz and Richmond clashed during a House Judiciary Committee markup of the Justice in Policing Act Wednesday after Gaetz asked Richmond why he assumed that his Republican colleagues had non-white children.

"I already know that there are people on the other side that have black grandchildren. It is not about the color of your kids. It is about black males, black people in the streets that are getting killed," Richmond said as Gaetz attempted to interject. "And if one of them happens to be your kid I'm concerned about him too, and clearly I'm more concerned about him than you are."

"Excuse me," Gaetz shot back. "You're claiming you're more concerned for my family than I do. Who in the hell do you think you are?"

Later in the exchange, Gaetz told Richmond to "take those words down" while committee chairman Jerrold Nadler, D-N.Y., insisted that Gaetz yield back to Richmond. 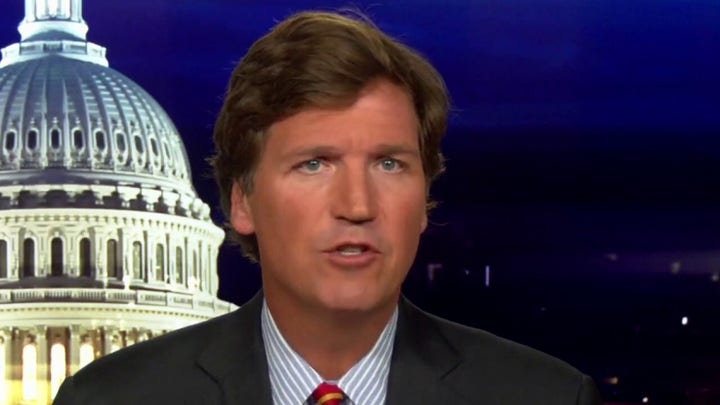 "Was that a nerve?" Richmond asked at one point.

"Yeah, you're d--n right it was a nerve," Gaetz answered.

On Thursday morning, the 38-year-old Gaetz posted a picture of him and 19-year-old Nestor on his Twitter account.

Carlson noted that in normal times, Richmond may have been censured for such pointed remarks toward another lawmaker, while Gaetz admitted that the former Congressional Black Caucus chairman will likely go unpunished.

"I am honestly embarrassed for the United States Congress that we have resorted to criticizing each other based on our race and the race of our children and I wish that we could be more productive going forward," he said.

For his part, Nestor said that he did not see Richmond berating his father live on television, but instead saw it several hours later.

"I woke up to seeing all these tweets and I was like what is going on?" he said.

"I think it's unfair to tell someone that they don't understand because of their racial color," Nestor continued, saying that it is hypocritical to claim to fight for equality while dividing by race.

"I cannot believe," Gaetz concluded, "that it's acceptable in the United States Congress for someone to tell someone else that they are fighting for their children more than they are."