The "Life, Liberty & Levin" host highlighted several policy recommendations outlined in the document, which he called "akin to 'The Communist Manifesto.'"

"This is the Bernie Sanders - Biden manifesto. Nobody is discussing it. No newsroom read it. It's not discussed at the Democratic National Convention ... I want people to know what's in this document. It's 110 pages long [of] how they will destroy your country," he said.

Levin took viewers through a variety of hot-button topics for the left, from a $2 trillion climate agenda to eliminating cash bail and dismantling border protection. 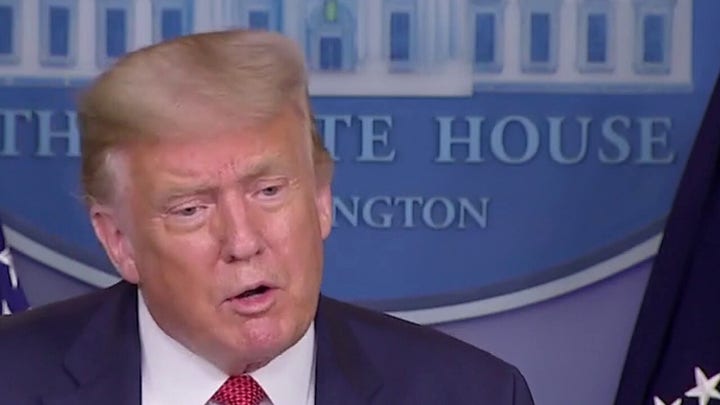 Levin argued that the media appear to be more concerned with the minutiae of the Democratic National Convention than the "substance of what the Democratic Party is running on.

"If they win," he warned, "everything about your country is going to change for the worse. America will not look like America again. We've tried these failed experiments throughout Europe, we've tried them throughout the Third World. You get poverty, you get dislocation, you get massive inequality, you get a police state. That's what they stand for. That's it."

" Why would you agree to do that? We have men and women throughout our history, millions of them have given our lives to give us what we have today.

"So," he concluded, " I’m calling on on all patriotic Americans of all races ... stand up for your country because they’re trying to take it from you."