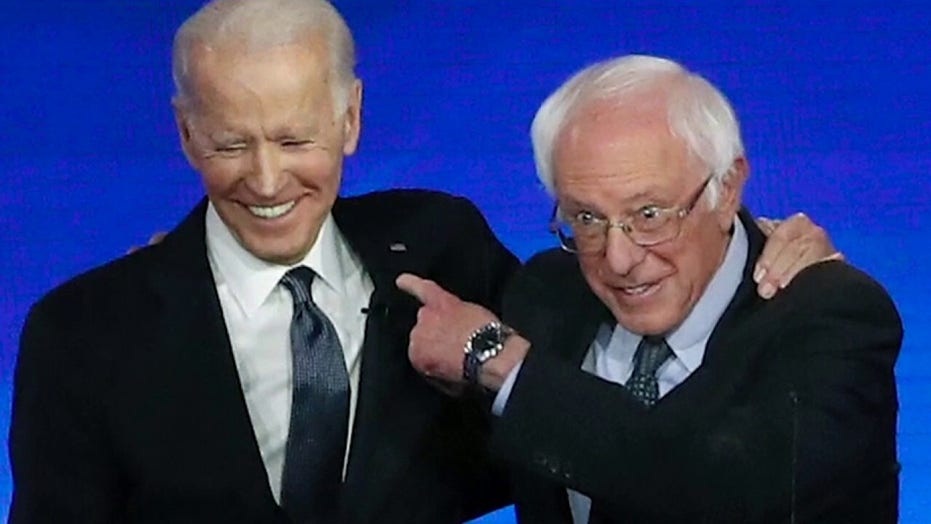 A task force set up by presumptive Democratic nominee Joe Biden and Sen. Bernie Sanders, I-Vt., this week released a broad array of policy recommendations for the party’s convention platform — part of an effort to find common ground between the party's center and its left flank.

The initiative represents an effort to bring together the more radical elements of the party – those who had supported Sanders, a self-described democratic socialist – along with Biden’s more centrist candidacy. The task force's mission, according to a statement, is to address six key areas: climate change, criminal justice reform, the economy, education, health care and immigration.

Notably, a number of hot-button issues for the left, including "Medicare-for-All," defunding the police, the Green New Deal and abolishing Immigration and Customs Enforcement (ICE) are not explicitly mentioned in the recommendations. But the document does move in the direction of those outcomes.

"Though the end result is not what I or my supporters would have written alone, the task forces have created a good policy blueprint that will move this country in a much-needed progressive direction," Sanders said in a statement.

Biden, meanwhile, said it was a "bold, transformative platform for our party and for our country."

"And I am deeply grateful to Senator Sanders for working together to unite our party, and deliver real, lasting change for generations to come,” he said.

On the economic front, the document calls for 12 weeks of paid family and medical leave, as well as a $15 minimum wage — something that the party’s left has been calling for for years. It also includes support for a House bill that would study the issue of reparations to Black Americans for their years in slavery.

“Democrats commit to the important first step of supporting H.R. 40, which would establish a commission to examine how the legacy of 246 years of slavery and another century of Jim Crow segregation continues to impact the economic prospects of Black Americans today, and to recommend remedies," it says.

It also calls for significant investments in housing, infrastructure, social security as well as broader union protections for workers and a large-scale government-run jobs program. On taxes, it calls for higher taxes on wealthier Americans but does not go into specifics.

It would also repeal "right-to-work" laws that mean workers cannot be forced to join a union, claiming that such laws "undermine worker power."

Radical reforms to policing have seen broad support within the Democratic Party in the wake of the police-involved death of George Floyd, a death that sparked national protests and calls to defund or even abolish the police.

Calls to abolish or defund the police are absent in the policy document. But it does include a number of reforms, including the banning of chokeholds, investments in “community policing” and investigating patterns of police misconduct.

While there is no "Medicare-for-All," which was one of Sanders’ signature proposals, it does call for the establishment of a “high-quality public option plan...without deductibles" administered by the government, not private companies, with no co-pays, allowing people to enroll in Medicare at 60 instead of 65.

“Democrats will also make available on the marketplace a platinum-level, federally administered health insurance option with low fees and no deductibles, so that everyone will have access to this high-quality, low-cost plan. Low income Americans will be automatically enrolled in this federally administered option at zero cost to them,” the document reads. 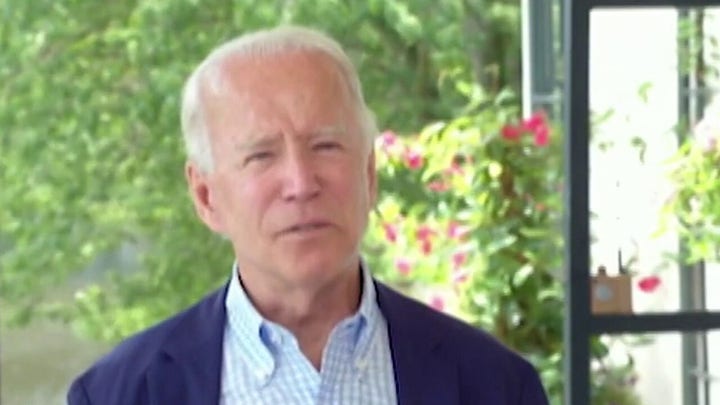 It would also extend coverage from the Affordable Care Act to those illegal immigrants brought to the country as children, and who were protected by the Obama-era Deferred Action for Childhood Arrivals (DACA) program. Additionally it would allow illegal immigrants to purchase unsubsidized coverage in the ACA marketplace.

On the subject of illegal immigration, the platform calls for the repeal of a number of policies from the Trump administration, including the travel bans on countries deemed by the administration to represent security risks. It also calls for the end to asylum policies that it claims has led to family separations.

It calls for the end to the Migrant Protection Protocols (MPP), known as the "Remain in Mexico" policy, whereby migrants are kept south of the border while their hearings went ahead. It would end the Asylum Cooperative Agreements with Northern Triangle countries that had allowed migrants to be either stopped there, or returned to those countries.

It would also open up the U.S. to litigation by ordering DHS Office for Civil Rights and Civil Liberties to “undertake a review of the Trump Administration’s immigration policies and provide recommendations for redress.”

For those already in the country, the document calls for an immigration reform package including a “roadmap to citizenship” for those in the country illegally.

It also reiterates Biden’s call for a 100-day moratorium on deportations of illegal immigrants “while conducting a full-scale study on current practices to develop recommendations for transforming enforcement policies and practices,” at ICE and Customs and Border Protection (CBP).

On education, the documents includes calls for the expansion of free meal programs in K-12 schools, as well as tripling Title 1 funding to eliminate funding differences between white and majority minority districts.

For colleges, it calls for grants for historically black colleges and universities, and calls for making community colleges tuition free.  On student debt, it would forgive up to 50G in student debt for those in public services, cancel loans for public servantts teachers or disabled students. It would also forgive all undergraduate tuition related debt from two and four year colleges for debt holders earning up to 125,000, with phase outs.

Separately, the climate change task force – co-chaired by progressive Rep. Alexandria Ocasio-Cortez of New York and former Secretary of State John Kerry – calls for a faster timetable to achieve net-zero carbon emissions than Biden has previously advocated for, instead of the Ocasio-Cortez-championed Green New Deal to overhaul environmental policy, which also was not included in the recommendations.

The list of recommendations will go to the Democratic National Convention’s (DNC's) platform committee to consider.

While it doesn't go as far as the party's hard-left would like, it was called out by Republicans as bowing to the socialist wing.

“This is not a unity group, this is surrendering to the socialists,” House Minority Leader Kevin McCarthy, R-Calif., said on "Fox & Friends" on Thursday.