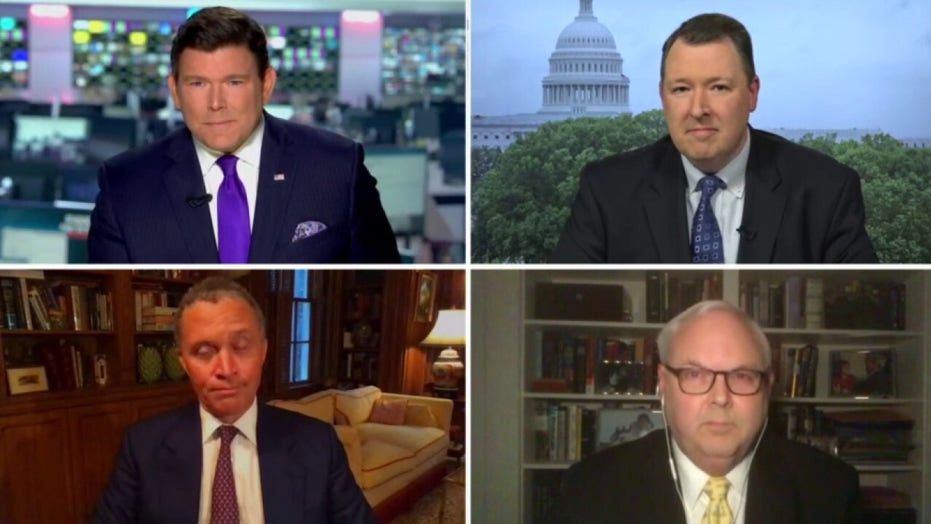 Plus, the 'Special Report' All-Stars place their bets in Candidate Casino.

"I think that the president was strengthened today because of the good economic news. And I think Joe Biden made a huge, huge mistake in talking down the good economic news," Thiessen said on "Special Report with Bret Baier." "I mean, think about what our country has been through. We've been through ... the worst economic devastation since the Great Depression, followed by the worst social unrest since the 1960s. Americans are desperate for some good news, any good news."

"And finally, good news arrives. And Joe Biden says, 'Don't celebrate.' That's the worst possible message you can have," Thiessen continued. "It sounds like he's rooting against the good, the economic recovery. So I think he did a lot of damage to himself."

Biden called the news that the nation’s sky-high unemployment level dropped “a sigh of relief,” but he accused President Trump of “spiking the ball” on Friday’s jobs report and argued the president was “completely oblivious” to the tens of millions of Americans still out of work.

The May jobs report indicated 2.5 million people gained employment during the month, as many states and counties began to loosen coronavirus social distancing restrictions and reopen their economies.

Biden also slammed Trump earlier in the day, saying the president's remark that George Floyd was looking down and seeing “a great day” for the nation because of the job numbers was "despicable."

Ford said he would have responded "differently" if he were Biden, in order to quell criticism like Thiessen's.

"I'd have said it differently if I were Vice President Biden," Ford said. "A position statement and positioning is not enough. You need a big vision. I think he could have said COVID unmasked a lot of things, a lot of disparities in our economy and demonstrated we need new investments in biotechnology, biopharmaceuticals, advanced manufacturing. Because we have millions of Americans who are on the sidelines. And if I'm president, here's what I will do. That's the challenge for the vice president. The more he does that, the less Marc can say what he just said."