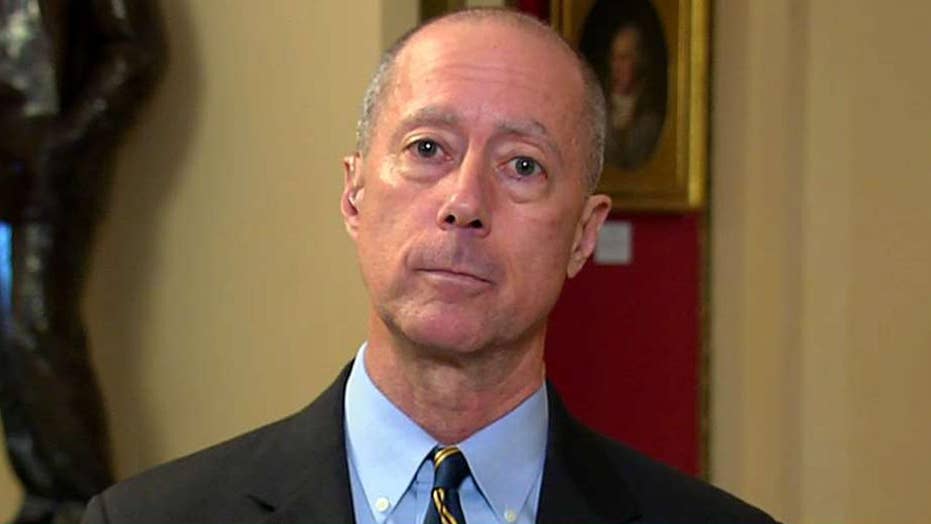 Republican Rep. Mac Thornberry, ranking member of the House Armed Services Committee, weighs in on the fallout from the protests in Iran.

While congressional efforts to curb President Trump's use of military force in the Middle East stir debate, Rep. Mac Thornberry, R-Texas, said on Monday that previous isolationist approaches to foreign policy did not deter aggression.

“There are some people and a few in the Republican Party, maybe more in the Democratic Party, who genuinely believe that if you just leave everybody alone, everybody will leave us alone. Well, history has proven that that's not the case,” the ranking member of the House Armed Services Committee told “America’s Newsroom.”

SEN. RAND PAUL: MOST MEMBERS OF SENATE 'DON'T CARE ABOUT THE CONSTITUTION'

Sen. Rand Paul, R-Ky., blasted the decision to launch the attack and said his Senate colleagues were disregarding the Constitution by defending it.

"For probably 70 some odd years now, we've been having a debate in our country – if not longer – about who has ... the power to declare war. Our Founding Fathers ... were quite explicit that they wanted the power to be in Congress, not in the executive branch," said Paul.

The House is set to vote Thursday on a resolution to restrain Trump's power to use military force against Iran without congressional approval.

Thornberry admitted that while the U.S. military’s engagement in other countries is necessary, evaluating our involvement in various places “ought to be done.”

He went on to say that the U.S. is in Afghanistan to “prevent it from being used as a terrorist base” and that engagement in Iraq is to “ensure the lasting permanent defeat of ISIS.”

“Do we need to look at laws and update them? Absolutely, we do. Do we need to look at strategy and tactics and update them? Absolutely. But there is a fundamental difference about whether being engaged or this kind of isolationist sort of mentality is the best thing for the country,” Thornberry said, criticizing Paul for sounding like Sen. Bernie Sanders, I-Vt., on foreign policy.

The House resolution set for a vote later this week looks to assert congressional authority and rebuke Trump’s decision to take out Iran’s top general without their consent. Republican critics of the measure, which is a special type of resolution that does not require the president's signature, say it does not have the force of law.