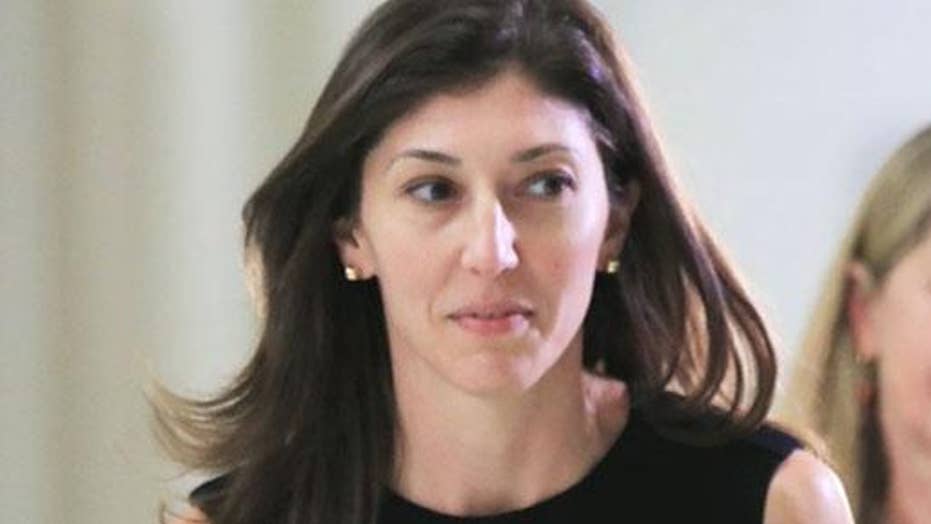 Lisa Page speaks: 'I had stayed quiet for years'

Former FBI lawyer Lisa Page broke her silence in a highly sympathetic profile published late Sunday by The Daily Beast, but critics argue she might have actually hurt her case by going to a well-known "Trump-hating writer" to tell her story ahead of a looming Justice Department inspector general report.

Page famously carried on an extramarital affair with former FBI head of counterintelligence Peter Strzok as the two exchanged anti-Trump text messages. Page claims that she decided to talk because she needed to regain control of her narrative, but conservative strategist Chris Barron told Fox News that Page’s interview does the exact opposite of what she intended.

“Nothing says ‘I did nothing wrong’ like giving an interview to a Trump-hating writer at a Trump-hating outlet,” Barron said wryly. “She is either very stupid, very guilty or a combination of both. Either way, it’s a terrible look.”

Daily Beast contributor Molly Jong-Fast, who landed Page’s first interview and penned the piece, is an accomplished author but hardly a nonpartisan reporter. Jong-Fast, the daughter of author Erica Jong, regularly criticizes the president and has called his 2016 shock victory over Hillary Clinton “the worst night” of her life.

“I actually cried, and I’m not a crier. I don’t give a f--k about anything. I cried every day. It was mostly because I was angry, because I thought it was so f--king pathetic,” Jong-Fast told Interview Magazine in June.

Jong-Fast authored three books about being a privileged socialite in New York City but pivoted to liberal punditry once Trump took office. She now contributes to anti-Trump site The Bulwark, in addition to The Daily Beast. She also called Strzok "hawt" in a tweet last year and is friends with Kathy Griffin, the comedian known for a controversial photoshoot in which she held up a fake severed head of President Trump.

“If Page really wanted to make the case that she ‘did nothing wrong’ she should have chosen an objective reporter at an outlet that is less ideologically driven,” Barron said.

“If Page really wanted to make the case that she ‘did nothing wrong’ she should have chosen an objective reporter at an outlet that is less ideologically driven."

Jong-Fast told Fox News she has “interviewed a lot of Trump's victims -- E. Jean Carrol -- because I write about feminist issues” when asked for comment on backlash to Page selecting a partisan writer, as opposed to a traditional journalist.

Carroll filed a lawsuit against President Trump earlier this month, accusing him of defamation over his response to her allegation that he raped her in a department store dressing room in the 1990s. White House Press Secretary Stephanie Grisham called the lawsuit "frivolous" in response.

Media Research Center vice president Dan Gainor told Fox News the profile was “hilarious” but said the mainstream media will presumably side with Page because of her “Never Trump” status.

“It was hard to tell who was more ridiculous, Lisa Page or the author who happens to be Bulwark contributor Molly Jong-Fast. We know how Page acted. We've seen the texts she and lover agent Peter Strzok sent to one another,” Gainor said. “But she must think the reports coming out will make her look worse than she already does, so she appears to be trying to get sympathetic press ahead of time.”

"[Page] must think the reports coming out will make her look worse than she already does, so she appears to be trying to get sympathetic press ahead of time.”

Citing, “leaked press accounts,” Jong-Fast wrote that the upcoming IG report will “exonerate Page of the allegation that she acted unprofessionally or showed bias against Trump.”

'IS SHE SERIOUS?': DAN BONGINO SAYS LISA PAGE, OTHER 'DEEP-STATERS' ARE IN PANIC MODE

Jong-Fast then asked, “How does it feel after all this time to finally have the IG apparently affirm what she’s been saying all along?” Page is praised throughout the piece, noting that she is “thin and athletic,” speaks confidently and even refers to her as a victim.

Despite criticizing Jong-Fast, Gainor doesn’t think that Page would be taken seriously regardless of who she sat down with for her first high-profile interview.

“Let's face it, both left and right see Page as a partisan. She wasn't going to go to a conservative outlet with her whine because they would have hit her with tough questions. And all that would have done is antagonize her buddies in the press,” he said.

The profile has polarized Twitter, with Trump critics praising the “brave” Page while others have condemned the profile as a puff piece.

Fox News contributor Mollie Hemingway called the story a “woe is me” piece about how Page feels she is “the real victim in the Russia hoax” and mocked the former FBI lawyer for claiming she spoke out partially because Trump faked an orgasm during a dramatic reading of her damning text messages during an October rally.

“As for the rest of the piece, I'm about as impressed with it as I am all of the other attempts to pre-dump before the IG report,” Hemingway wrote on Twitter. “Maybe their claims that they'll be completely exonerated for all of their actions are 100 percent true. But, given their track record, I'm skeptical.”

The Federalist’s Benjamin Weingarten tweeted that Jong-Fast’s profile refuses “to grapple with any of the litany of issues concerning the conduct of Lisa Page” while simultaneously “trying to make her a sympathetic victim coincidentally on eve of IG report” speaks for itself.