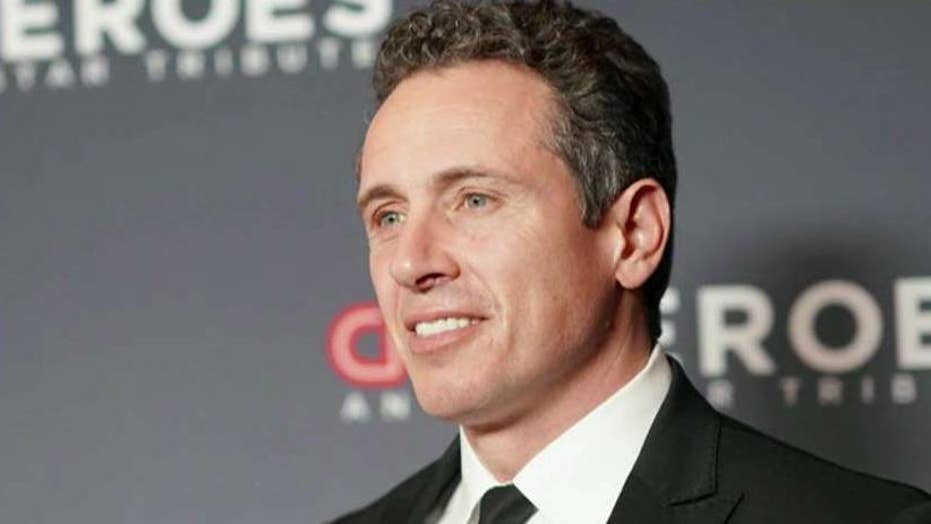 CNN host Chris Cuomo was mocked Thursday after his attempt to disprove President Trump’s theory about how phones work backfired on live television.

David Holmes, the political counsel at the U.S. Embassy in Ukraine, testified during Thursday’s impeachment hearing that he overheard a would-be damning phone call between Trump and European Union Ambassador Gordon Sondland. Holmes said he “could hear the president’s voice through the earpiece of the phone,” which was not on speakerphone.

“I have been watching people making phone calls my entire life. My hearing is, and has been, great. Never have I been watching a person making a call, which was not on speakerphone, and been able to hear or understand a conversation. I’ve even tried, but to no avail,” Trump tweeted. “Try it live!”

CNN’s Cuomo took the president up on the challenge and called his mother during coverage of the impeachment hearing.

“Let's just play with that for a second. Mom can you hear me?” Cuomo asked, without receiving a response from his mother.

“I’m with Dana Bash… can you just say hello? Mom? She probably can’t hear me,” Cuomo said as he struggled to hear whether or not his mother could hear him.

Cuomo then put the device on speakerphone.

“I hear you, when you talk to me I hear you,” his mother responded.

The “Cuomo Prime Time” namesake then turned off speakerphone and could no longer hear his mother — just as Trump explained is typically the case.

A frustrated Cuomo then hung up the phone and critics quickly lampooned the moment.

“CNN’s Cuomo trying to prove you can hear a conversation on another person’s cell phone (while on speaker, mind you) is the most ill-advised thing we’ve witnessed on live TV since Marcia Clark had OJ try the gloves on,” The Hill media reporter Joe Concha wrote.

Concha wasn’t the only person to mock Cuomo on social media.

The CNN host is the younger brother of Andrew Cuomo, the Democratic governor of New York. He made news earlier this year for threatening a man who taunted him with the nickname "Fredo," a reference to Fredo Corleone, the weak and facile brother in the movie “The Godfather.”

Earlier this year, CNN’s Jim Acosta was also mocked when a stunt backfired after he posted a video that was meant to downplay Trump's claims of a border crisis — but ended up supporting the president’s argument that border barriers improve security.

“Here are some of the steel slats that the president’s been talking about,” Acosta said while reporting from the southern border. “But as we’re walking along here, we’re not seeing any kind of imminent danger.”

Acosta then declared there was “no sign of the national emergency that the president has been talking about” and it was “tranquil” near him. The debacle prompted then-press secretary Sarah Sanders to thank the CNN reporter for explaining “why walls work.”