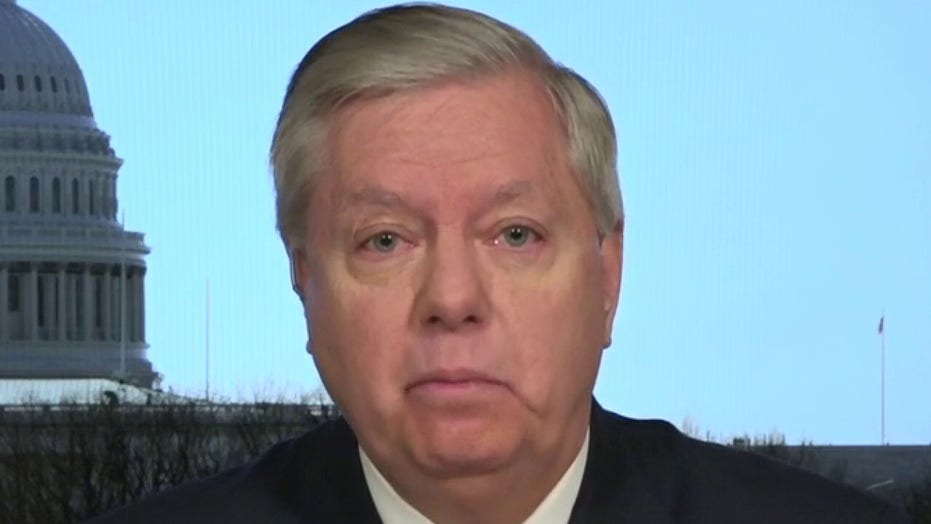 Republican Sen. Lindsey Graham, said Sunday that "failure is not an option" as lawmakers and Trump administration officials continue to negotiate provisions of the $1.4 trillion coronavirus stimulus package, which is expected to go into a Senate vote on Monday.

The coronavirus relief legislation is currently expected to cost nearly $2 trillion, with money going toward small businesses, direct deposits to Americans, enhanced unemployment benefits, and what Treasury Secretary Steve Mnuchi Mnuchin told "Fox News Sunday" is "a significant package working with the Federal Reserve" that would ultimately result in "up to $4 trillion of liquidity that we can use to support the economy."

"We're fighting a two-front war...one is the virus itself, the other is the economy that's been locked down."

"We're fighting a two-front war," Graham said. "One is the virus itself. The other is the economy that's been locked down because of containment policies."

Life in the U.S. came to a screeching halt last week in a collective effort to "buy time," and flatten the curve of the spread of the virus, explained Graham, emphasizing that his primary focus is on the health and wellness of every American.

"The virus is Germany and the economy is Japan. So we're buying time in this bill. We're paying for containment, we're trying to lower the infection rate, and ... if we did nothing, over 2 million Americans would die from the virus, half the population would be infected, and you'd have a mortality rate around 1 percent plus," he explained. 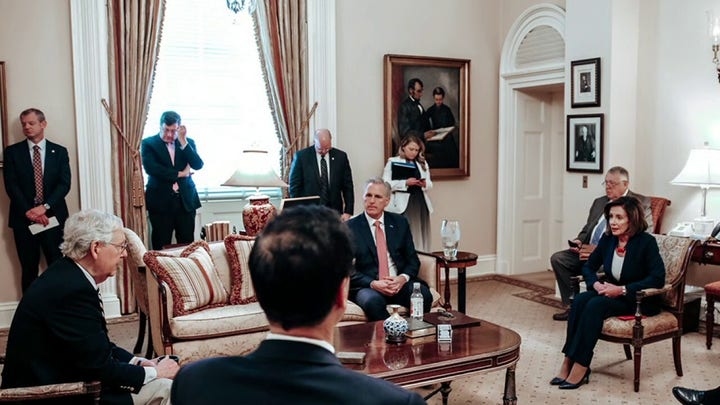 "If you act decisively and have aggressive containment policies, we stop the infection from spreading until we can get therapies and vaccines to kill this damn thing ... so my number one goal is to go all-in on the healthcare front to find therapies and vaccines sooner rather than later to kill the virus, and lessen its effect on people and the economy lockdown is to buy time to accomplish that."

Outlining various aspects of the plan, the South Carolina senator said the legislation would provide "six weeks" worth of relief to small business owners, an increase in unemployment insurance, a six-month extension for student loan payments, and government-issued loans to larger companies and corporations.

"We'll ask the business owners to go to the bank and get a loan and pay their employees up to $80,000 in salary, pay the mortgage, pay the rent payment and we'll forgive six weeks of it and hopefully get this behind us," Graham said, referring to restaurants and small businesses.

"We're going to increase dramatically unemployment insurance available to people ... and major companies who are otherwise healthy have no business, we're going to float them loans until they get through this."

Graham said the goal was to remove "burdens off people, get their paycheck stabilized and as to the virus, we're going to give a lot of money to hospitals so they don't get overwhelmed."