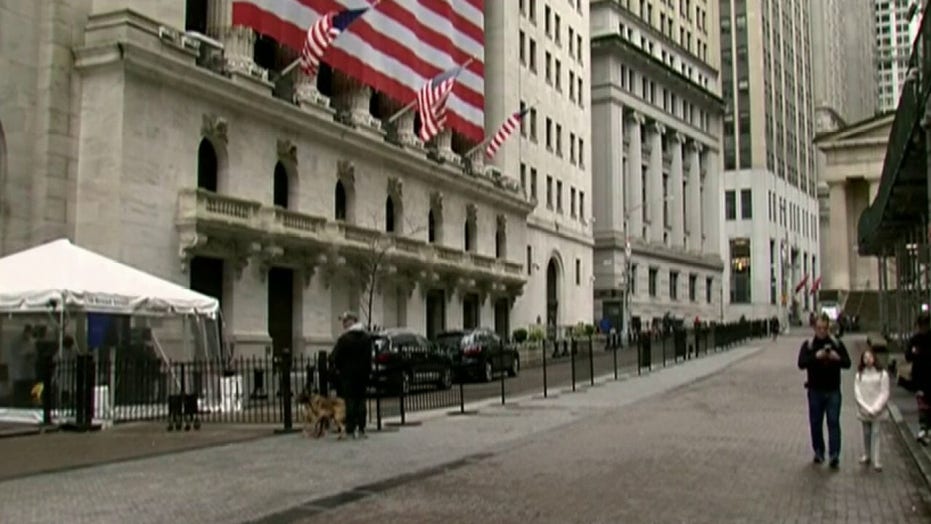 Potentially negative impact of the stimulus bill on the US deficit

President of Freedomworks Adam Brandon joins Trace Gallagher to discuss the potentially negative impact of the stimulus bill on the U.S. deficit.

The White House said Saturday that the third stimulus package would reach approximately $1.4 trillion—about 30 percent of all federal spending in a typical fiscal year— as negotiations on Capitol Hill over the relief effort are ongoing amid the coronavirus outbreak rocking the nation.

White House Economic Adviser Larry Kudlow said that phase three of the stimulus package would reach between $1.3 and $1.4 trillion before leverage from the Federal Reserve for loan guarantees.

“We’re about $1.3 to $1.4 trillion programmatically, not including the leverage from the Fed,” Kudlow said Saturday. “We will generate some loan guarantee facilities from the Fed.”

Kudlow explained that those loan guarantees are capitalized in the Exchange Stabilization Fund which is owned and run by the Treasury Department.

“We’ll probably seek additional authorization for that,” Kudlow said, without providing a concrete figure. “It’s not a controversial point, but it’s something that both sides agree on because it’s going to help out some distressed areas…airplanes are one of them.”

Kudlow’s comments come as negotiations between Trump administration officials and Senate Republicans and Democrats resumed over the massive stimulus package.

Senate Majority Leader Mitch McConnell, R-Ky., who had anticipated working through the weekend to solidify a plan, had hoped for a deal late Friday, but lawmakers were unable to reach an agreement and talks are still in progress.

Schunmer added that he had a "very good, very detailed" call with Treasury Secretary Steven Mnhuchin on Saturday morning.

Mnuchin and the White House have said that a measure should be passed by Monday, setting the stage for a procedural vote on the bill, which is likely to take place in the Senate on Sunday.

Both the White House and lawmakers are hoping to use the day Saturday to draft final legislative text that can be considered during a vote later this weekend.

McConnell, on Saturday afternoon, said the Senate was adjourned until Sunday, when he plans to hold a cloture vote at 3:00 p.m. ET.

The current draft legislation, obtained by Fox News on Thursday,  would provide payments of up to $1,200 per person. They would be phased down at adjusted gross income thresholds of $75,000 for individuals and $150,000 per couple. Additionally, there would be $500 payments for each child.

Sen. Josh Hawley, R-Mo., introduced an amendment to McConnell's plan on Saturday, which aimed to expand relief for low-income and middle-income Americans. Hawley's plan lowers the threshold for Americans to qualify for the $1,200 relief. In order to qualify, under his amendment, an individual must be a U.S. citizen with a Social Security number.

Under McConnell's plan, an individual must file taxes and have an income greater than $0 in order to qualify, which Hawley says leaves behind Americans who are disabled, or living in public housing that don't file taxes due to not having any true income of their own.

“During this emergency our focus should be on helping every American who needs it, including especially our most vulnerable citizens," Hawley said in a statement to Fox News. "Excluding or penalizing families with lower incomes doesn’t make sense. Congress should prioritize lower-income and middle-class families through this crisis.”

MCCONNELL'S STIMULUS WOULD PROVIDE $1200 PER PERSON, $2400 FOR COUPLES

Meanwhile, Schumer said Senate Democrats are "eager" to work on a bipartisan basis to pass the stimulus.

"Democratic negotiators will meet with their Republican counterparts throughout the day to continue hammering out the details," Schumer said Saturday. "The Senate is here. We are working. And we are all eager to come to a bipartisan agreement as soon as humanly possible."

Schumer said Saturday there are still a number of priorities Democrats have that they are continuing to fight for, including providing "a massive infusion of resources to our hospitals, our medical facilities, and our other public health infrastructure."

"That means a dramatic expansion and reform of unemployment insurance; we need unemployment insurance on steroids," he said. "Some are calling it 'employment insurance.' It must be easier to access. It must cover many more Americans during this crisis, including Americans who have non-traditional employment. And it must provide more generous benefits. Workers who are laid off should receive a paycheck equal to what they were receiving while employed. Workers must be protected whether they work for businesses small, medium or large."