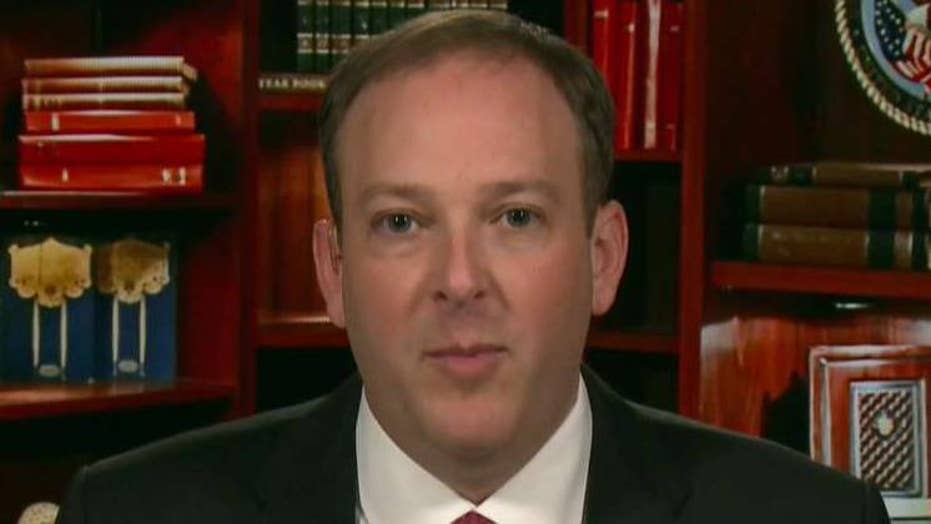 Republican Rep. Lee Zeldin reacts to the news of the day on 'Fox &amp; Friends.'

Rep. Lee Zeldin, R-N.Y., reacted Sunday to Rep. Jeff Van Drew's speculated plans that the anti-impeachment Democrat plans to switch to the Republican Party, saying “He has seen the forest through the trees.”

Speaking on “Fox & Friends” on Sunday morning, Zeldin said he thinks it would be “fantastic” if Van Drew, D-N.J., made the switch.

“Jeff has been very articulate with regards to his opposition. He has seen the forest through the trees, calling out this impeachment sham for exactly what it is,” Zeldin said.

He went on to say, “So Jeff Van Drew is someone who wants to be working with his Republican colleagues across the aisle in the House and the Senate, and the president in the White House as he’s arriving to Washington.”

Van Drew -- who has spent months criticizing fellow Democrats for their push to impeach Trump -- met with the president on Friday to discuss going across party lines. He is one of only two Democrats who voted against opening an impeachment inquiry into Trump and has remained a fervent voice in opposition to impeaching the president.

“What you’re seeing is from the far left of the party these other freshmen, way to the left, who have really taken over a lot of the Democratic Party. They’ve rolled [House Speaker] Nancy Pelosi, they’ve gotten them to pursue this impeachment charade,” Zeldin said. “And you have people like Jeff Van Drew shaking their head and saying, ‘Hey, this isn’t why I came here [to Washington].’”

He went on to say, “I think that this is also indicative of where a lot of voters are across this entire country saying, ‘Hey, this isn’t what we want. We want you to be focusing on substantive wins, working with each other to move our country forward.’”

The news of Van Drew's possible party flip drew harsh criticism from Democrats, who called it a political move aimed at turning around his flagging approval numbers in New Jersey's 2nd Congressional District.

In response, Zeldin said Sunday, “You have so many Democrats, and this adds to the issue, is that they are looking at 3 percent of the facts.”

“Whatever [House Intelligence Committee Chairman] Adam Schiff tells them is the story, it’s the story. They’re relying on presumptions, lies, hearsay, they’re trying to connect dots not actually connected, while someone like Jeff Van Drew is looking at 100 percent of the facts, whether it’s good, bad and different.”

Zeldin added, “He just wants to see the entire story. So the issue is not only are these people going to be upset with him for wanting to switch parties, they’re not even going to be honest about it because they’ve totally bought into this Schiff narrative, as if Adam Schiff ever tells the truth.”