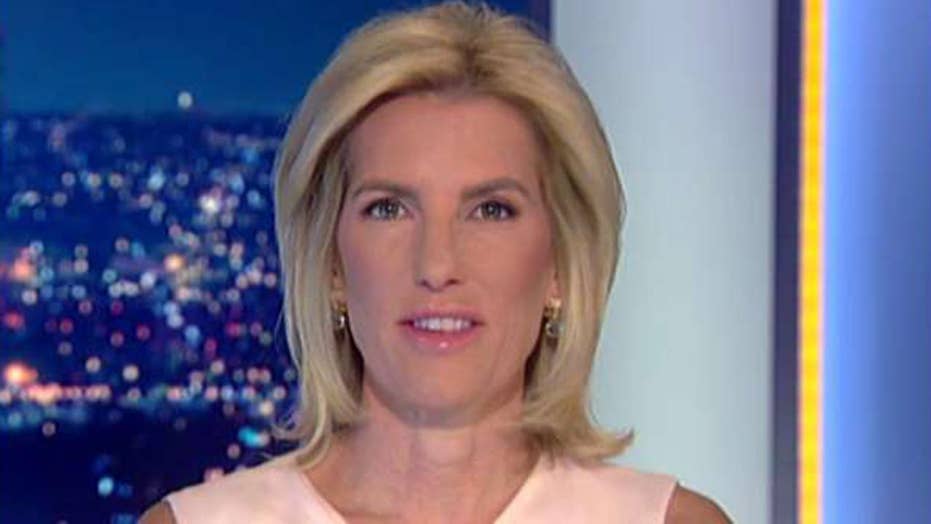 Laura Ingraham called out Democrats Monday, accusing the "left-wing" elements of the party of hijacking any chance they have of defeating President Trump.

"While the party's energy is clearly with the left wing radicals. Their message doesn't connect in the swing states," Ingraham said on "The Ingraham Angle."

The host said the Democratic Party's shift to the left is "backfiring."

"The Democrats have gone in the direction I predicted, and it is slowly but surely backfiring on them," Ingraham said.  "Never Trumpers, liberals, they're forever accusing us Republicans of selling our soul to Trump. How many times you read read that tired old line that's blatantly false."

"The woman who sold her soul is the woman with the gavel," Ingraham said, showing an image of House Speaker Nancy Pelosi.

Ingraham said Pelosi and Democrats have no accomplishments and that impeachment hasn't benefited Americans.

"She cannot go to her voters next November and brag about all of her accomplishments because she'll have none," Ingraham said. "Impeachment isn't going to do anything to make Americans' lives better, and she knows it."

The host accused Pelosi of getting any real work done in order to appease some of her base.

"This frantic rush to satisfy the people on the left to impeach Trump has only empowered the crazies and its swamped any other agenda they could have had or platform," she said.