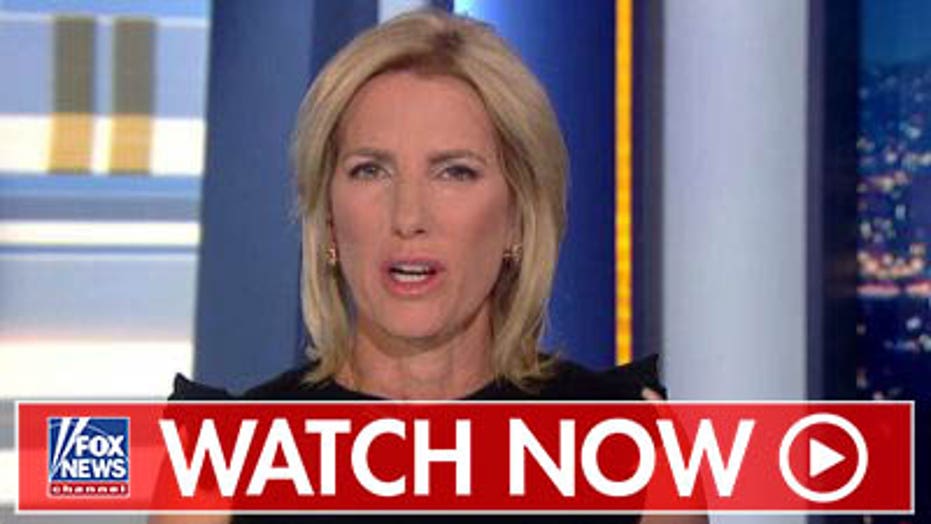 Laura Ingraham monologue on the left's intimidation of Trump supporters

Laura Ingraham monologue on the left's intimidation of Trump supporters

Fox News' Laura Ingraham took on Democrats and left-wing activists who have tried to publicly embarrass and socially shun supporters and allies of President Trump, saying they constitute a "leftist purge patrol."

Ingraham pointed to the recent case of Stephen Ross, owner of the NFL's Miami Dolphins, who has investments in the Equinox and SoulCycle fitness companies, being targeted for boycotts and other repudiation after Ross planned to host a fundraiser for Trump at his Hamptons home in New York.

"Steve Ross is being ejected from the league's social justice committee," Ingraham said, noting the fallout that Ross experienced for associating with Trump.

The host of  "The Ingraham Angle" said it is not a new phenomenon for the left to go after supporters of their political rivals but that the president has made their efforts more fervent.

"This blacklist thing and intimidation and public shunning is part of a pattern that's intensified since the election of Trump," she said.

"This blacklist thing and intimidation and public shunning is part of a pattern that's intensified since the election of Trump."

She pointed to several Democratic lawmakers and activists who have taken such action or publicly demonstrated to that effect.

In one video clip, House Financial Services Committee Chairwoman Maxine Waters, D-Calif., tells a group of supporters in California to "push back on" Trump administration officials they encounter in public.

"If you see anybody from that cabinet in a restaurant, in a department store, at a gasoline station ... you tell them they're not welcome," she said.

In another example, 2020 Democratic presidential candidate Sen. Cory Booker, D-N.J., tells a Washington, D.C., crowd to, "get up and, please, get up in the face of some congresspeople."

Former Attorney General Eric Holder, who served in the Obama administration, also has said that, "when they go low, we kick them."

In addition, Ingraham said such rhetoric has caused Republicans and Trump allies to not even be able to take comfort in their own homes, pointing to a protest that cropped up recently outside the Lousiville, Ky., home of Senate Majority Leader Mitch McConnell -- in which one protester was heard on camera saying, "Stab that [expletive] in the heart, please!"

"The same people who blame Trump's rhetoric for the recent El Paso mass shooting use, as he [Rep. Joaquin Castro, D-Texas] does, the most vicious, toxic language to smear their political adversaries," Ingraham said. "Forget real debate, just smear them. It's all with the goal of making them social and cultural outcasts."