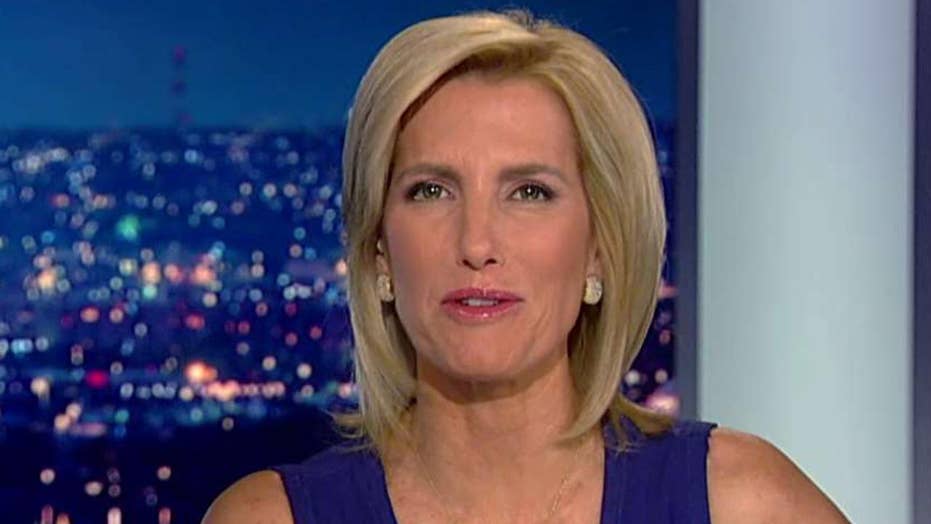 Ingraham: You know it's over when...

Laura breaks down the top 5 reasons the impeachment fight is over.

Laura Ingraham laughed off the Democrats latest impeachment hearing Wednesday, declaring that "it's over" for those hoping to convince Americans that they should impeach President Trump.

"Despite the wall-to-wall coverage and relentless hype by the Democrats, today's soporific symposium cratered any hope that they're going to coax Americans into supporting impeachment," Ingraham said on "The Ingraham Angle" Wednesday. "You know it's over when three out of four legal eagles were Trump hating partisans."

"While the president can name his son Barron, he can't make him a baron," Karlan joked Wednesday.

"But beyond their bias, there was a nasty, bitter undercurrent that bubble to the surface again from Professor Karlan," Ingraham said.

The host believes the hearing made for a good 24 hours for the president.

"This thing has gone south and they all know it. But this has been a great 24 hours for Trump," Ingraham said. "Yesterday, he was dominating the agenda over at the NATO summit, pushing for more member nations to pay their fair share. We all love that. Last night, he was mocked by foreign elites in London. Today, he was mocked by academic elites on Capitol Hill."

"Chalk up another win for the White House," Ingraham added.