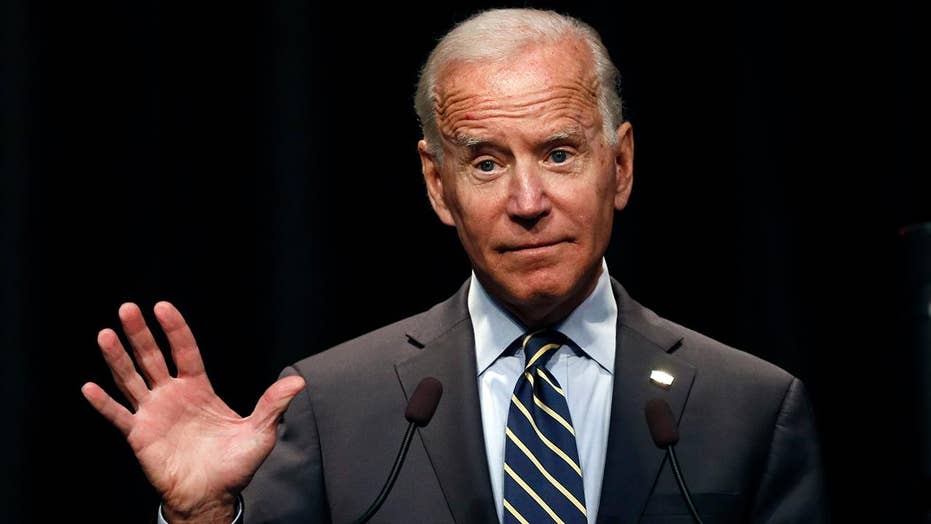 Democratic presidential candidates seize on climate change as key issue in primary fight, but will it help or hurt them in the general election?

Wall Street Journal columnist Kimberley Strassel warned on Saturday that 2020 Democratic candidates' climate proposals could cause the loss of millions of jobs.

"When you talk about banning fracking. When you talk about a carbon-free economy by 2030 or 2050, you are saying 'we are going to kill every coal job in the country, every oil and gas job, all of the shipping jobs that they do -- we're talking about millions of positions," Strassel said during the "The Journal Editorial Report."

"That is not a vote-getter out at the polls," she said. Strassel speculated that progressives, upset with the Democratic establishment after the 2016 election, were flexing their muscles with their highly ambitious proposals and sought to have one of their candidates get the party's nomination in 2020.

"The problem here ... is that this was one of the reasons they did lose last time," she said. "Remember, [former Democratic presidential nominee] Hillary Clinton still says one of the bigger mistakes she made was promising to put a lot of coal workers out of a job."

Strassel's comments came days after a CNN town hall in which Democratic presidential hopefuls offered their visions for addressing climate change. As Strassel noted, Democrats have pushed a variety of plans, including banning fracking and dramatically decarbonizing the economy.

Many of those candidates have endorsed the "Green New Deal," which included a goal of reaching net-zero emissions by 2050.

Candidates like Sen. Bernie Sanders, I-Vt., have portrayed climate change as an existential threat while touting the economic benefits of additional regulation. While it's difficult to forecast the impacts of these proposals, conservative groups have estimated they would inflict a heavy economic toll.

Sanders has proposed perhaps the most aggressive plan of the 2020 candidates -- indicating that he would nationalize most, if not all, of U.S. energy production. Apparently anticipating arguments like Strassel's, Sanders included a pledge to end unemployment by creating "20 million jobs needed to solve the climate crisis."

President Trump, who pulled out of the Climate Paris Agreement, has long cited the economic costs of additional environmental regulations. Before the CNN event, Trump accused Democrats of raising energy prices and hurting the poor with their big proposals.