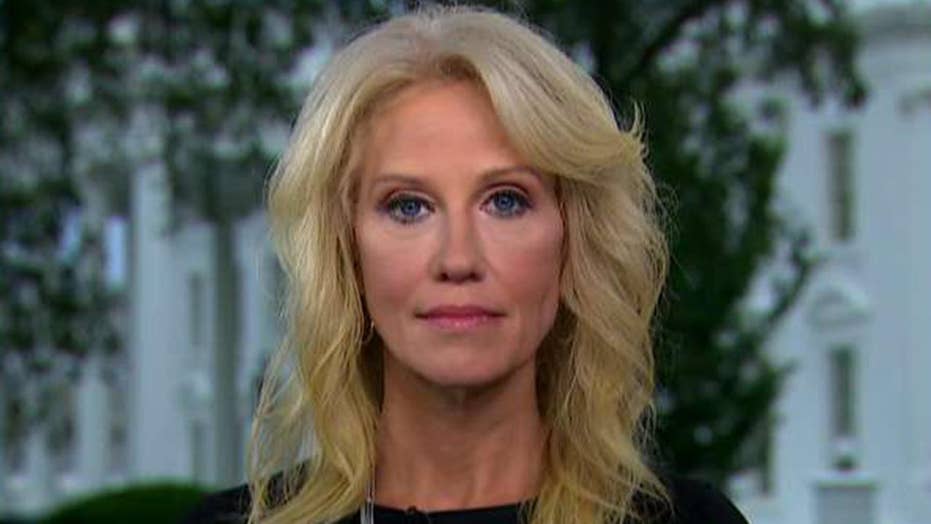 Conway: The president stands ready to act in wake of mass shootings

Counselor to the president Kellyanne Conway on the steps Trump will take to address mass shootings and violence.

Counselor to the President Kellyanne Conway appeared on "The Story with Martha MacCallum" Monday, saying President Trump is "ready to act" after the two mass shootings in El Paso,Texas and Dayton, Ohio.

Conway said the president has already indicated that he has directed the FBI and the Department of Justice to work against domestic terrorism and white supremacy.

The president has been under fire from critics for what they call divisive language that can be used to fan white supremacists. Many in the U.S. are calling for strciter gun laws and banning assault weapons.

Conway said "the president is finding ways to enhance checks on criminals."

MacCallum asked Conway if the president was open to having a discussion on a possible assault-weapons ban. Conway said he was listening.

"Right, left and center and he will be in Dayton, he will be in El Paso," Conway said, before putting the country's frustration with the issue on Congress' inability to act and saying the president was ready to sign "bipartisan legislation that actually fixes the right problems."

Conway also noted there were a lot of elements that factored into the shootings.