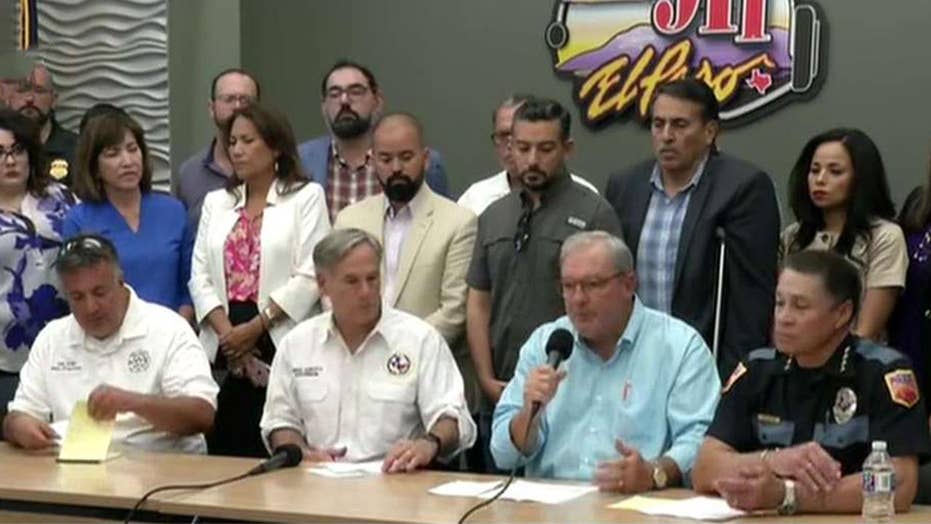 The victims of the mass shooting at a Walmart in El Paso, Texas on Saturday included a mother shielding her 2-month-old son from the barrage of bullets and a teenager just weeks away from starting his second year of high school.

Gunman Patrick Crusius, 21, opened fire just before 11 a.m. Saturday, killing 20 people and wounding more than two dozen. Authorities have not identified all of the victims, but here are some of there stories.

Jordan Anchondo, 25, was fatally shot while trying to protect her son when the gunman opened fire in the crowded shopping area, her sister told The Associated Press.

"From the baby's injuries, they said that more than likely my sister was trying to shield him," Leta Jamrowski said while at the University Medical Center of El Paso. "So when she got shot she was holding him and she fell on him, so that's why he broke some of his bones. So he pretty much lived because she gave her life."

The mother of three had gone to the big-box store to get a jump on back-to-school supply shopping earlier in the day.

Her husband, Andre Anchondo was also killed in the attack. He had recently turned his life around after struggles with drug dependence and had started a business in El Paso building things from granite and stone. He was finishing up a home for his family, his friend Koteiba "Koti" Azzam told The Associated Press.

"I love the guy," Azzam said. "He had the character and the charisma."

Azzam said he made calls Sunday to learn the whereabouts of his friend.

"It makes you question your faith almost," said Azzam. "But God didn't have a part in it. The hands of man altered my friend's life in a drastic way."

Arturo Benavides was among those killed during a mass shooting inside an El Paso, Texas Walmart.  (GoFundMe)

Arturo Benavides, 60, was at the self-checkout line while his wife Patty was in the restroom when shots rang out, according to a social media post.

Patty was able to escape, but Benavides was reported missing, the family told KTSM-TV.

"He was the person to always give a helping hand, a home to stay, and a meal," his niece, Jacklin Luna, told BuzzFeed News. "He loved each and every one of us in our own ways. Loved oldies on a Sunday morning, sitting out on his chair in the front porch with his dog Milo at his feet."

A GoFundMe page said Benavides was an Army veteran who drove a bus for Sun Metro.

MULVANEY ON MASS SHOOTINGS: 'I DON'T THINK IT'S FAIR TO LAY THIS AT THE FEET OF THE PRESIDENT'

Authorities informed the family of Javier Rodriguez, 15, of his death Sunday, according to the El Paso Times. He was weeks away from starting his sophomore year in high school.

"He was such a loving boy," his aunt, his aunt, Elvira Rodriguez, said.

Mexican President Andrés Manuel López Obrador said six Mexican citizens were among those killed. El Paso, a city of 680,000 residents, sits directly across the border from Ciudad Juarez in the Mexican state of Chihuahua.

López Obrador tweeted his condolences to the victims' families.

"I regret the events in El Paso, Texas, neighboring town and brother of Ciudad Juarez and our nation. I send my condolences to the families of the victims, both American and Mexican. The SRE and our consulate are acting and providing support," he tweeted.

Crusius surrendered after Saturday's rampage. He is believed to have posted about an "invasion" of Hispanics coming across the southern border and the dangers of mass immigration before the shooting. He has been charged with capital murder.

Saturday's shooting came before another one in Dayton, Ohio that left nine deal and 27 injured.