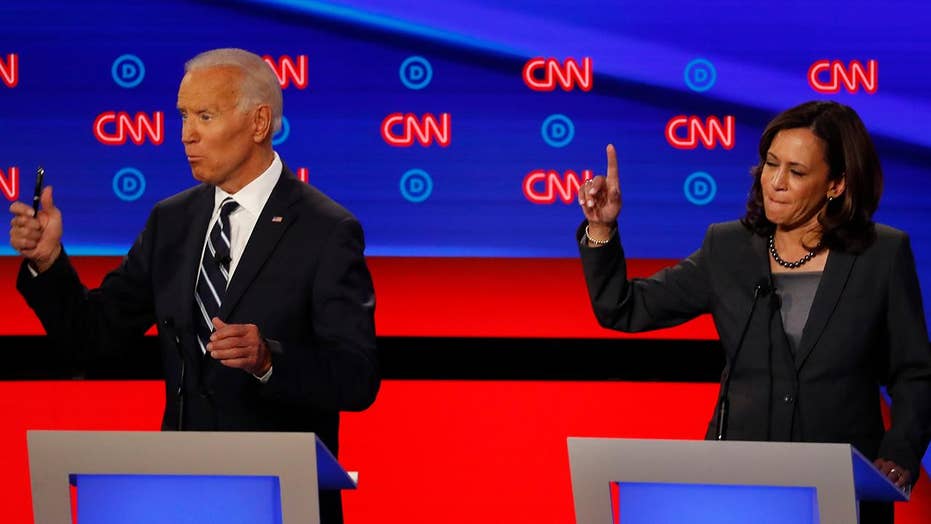 Sen. Kamala Harris, D-Calif, was grilled for her health care plan during Wednesday's debate and confirmed that people would eventually be "taken off" their private insurance from their employer.

Harris was asked about her newly released plan and how it's "essentially" Medicare-for-all but with a private health care option for ten years, which she described as a "ten-year phase in."

WATCH: BIDEN QUIPS TO KAMALA HARRIS TO 'GO EASY' ON HIM, CALLS HER 'KID' AHEAD OF DEBATE REMATCH

"I've been listening to people and they want to know that they have an option to keep a private plan and I respect that," Harris told CNN anchor Anderson Cooper. "I knew I was going to take hits for it, I knew it, but I much prefer to be relevant at the end of this process than to stick to something that I don't believe is the best option and the best way to go for the vast majority of Americans."

When asked if eliminating all private insurance is a "suicidal political move" for Democrats, Harris responded by saying she'll "leave that to the pundits."

"People want to know that they have an ability to have an option that is not only the option of government-sponsored health care but also that there's a private option," she continued. "So here's what I propose to do: is to allow the private insurance companies to basically comply with the requirements I'm putting in place for who will be part of my Medicare system."

"But in your plan, eventually, everyone would be taken off a private plan that their company currently has," Cooper pressed the senator.

"Yes," Harris responded. "Employers right now offer their employees a private plan. I am separating the employer from your health care so you have the option of signing up for a private plan under Medicare, but it's not going to be through your employer."