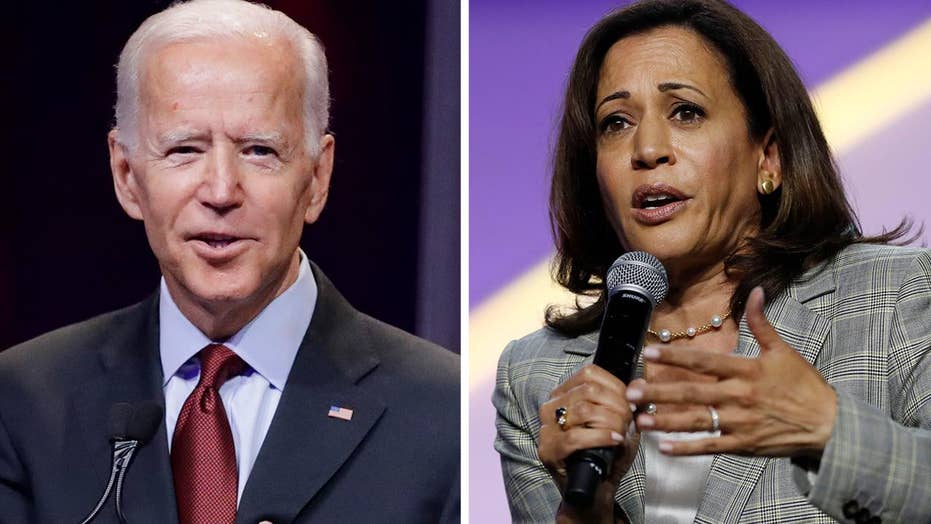 Former Vice President Joe Biden jokingly made a request to Sen. Kamala Harris, D-Calif, to "go easy" on him just minutes before the two join eight other candidates behind the podiums for night two of the CNN Democratic debates.

After being the first candidate introduced, Biden was joined by Harris at center stage, where they had a brief exchange that was picked up by microphones.

"Go easy on me kid," Biden grinned as he greeted his California competitor.

"You good?" Harris asked, to which the former vice president replied: "I'm good."

Harris' camp was quick to fire back at Biden for the use of the word "kid", with the California Democrat's national press secretary Ian Sams tweeting: "Kid?"

Sparks flew at the NBC debates last month where Harris confronted Biden for his remarks praising his former segregationist Democratic colleagues in the Senate and for his record on busing.