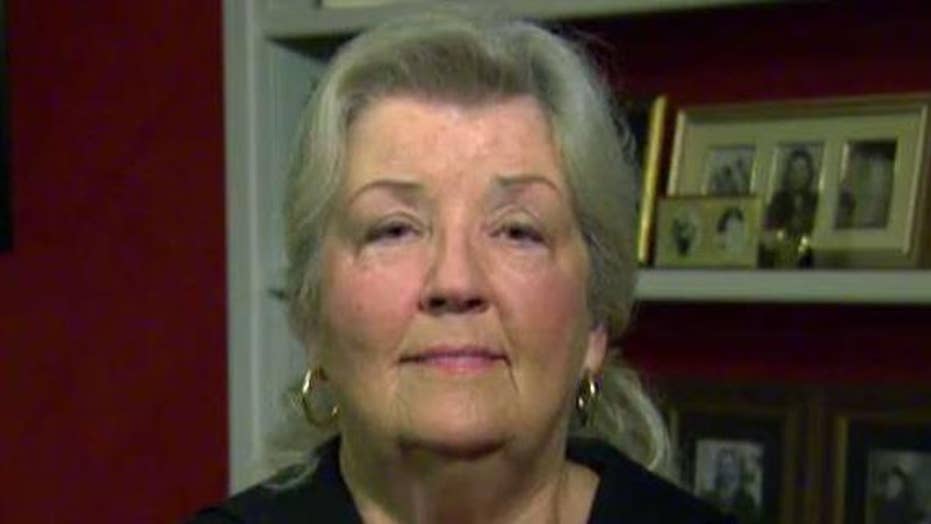 On 'The Ingraham Angle,' Bill Clinton accuser says it is 'astonishing' Senate Democrats can do this to Kavanaugh.

Ronan Farrow said Friday on "Real Time with Bill Maher" that Juanita Broaddrick's claim she was raped by Bill Clinton in April 1978 is "overdue for revisiting."

Now Broaddrick tells Fox News that while she knows that Clinton will never be punished, that doesn’t mean justice can’t be served.

“I would just like for someone to take a second look at Bill Clinton, who gets millions of our tax dollars every year for past presidential perks. I’d love for there to be something brought up that takes all these perks away from him,” Broaddrick said. “He’s not going to be sent to jail for raping me. We know that, but I would love to see something done."

“He’s not going to be sent to jail for raping me. We know that, but I would love to see something done."

Juanita Broaddrick has long claimed Bill Clinton raped her, and now Ronan Farrow thinks the case is “overdue for revisiting.”

Broaddrick has also said that Hillary Clinton intimidated her in an effort to keep her silent about the rape claims. Farrow was asked about the situation when Maher posed a hypothetical about whether the Clintons would have been treated differently -- for the Monica Lewinsky affair and other matters -- in today's political climate.

"I think that it is very important to interject that Bill Clinton is a different conversation," Farrow told Maher. "He has been credibly accused of rape. That has nothing to do with gray areas. I think that the Juanita Broaddrick claim has been overdue for revisiting."

Broaddrick said she found out about Farrow’s comment on Twitter when multiple followers sent her the clip of Farrow's "Real Time with Bill Maher" comments.

Juanita Broaddrick (R) with Bill Clinton and unidentified residents of her retirement home, in 1978. (Reuters)

Broaddrick told Fox News the former president would have never thrived amid the various sexual misconduct allegations that have been made by multiple women if he had served during the #MeToo era.

“I think it’s sensational right now but you’ve got to realize that I have been through 40 years of ‘gotcha moments’ and all these times that I thought, ‘Well good, they’re going to bring him down now,’ and nothing ever has. It’s disheartening,” Broaddrick said. “It’s disheartening to me because I feel like the Clintons are bulletproof.”

“It’s disheartening to me because I feel like the Clintons are bulletproof.”

Broaddrick briefly talked with Farrow for his book, "Catch and Kill," which details why he feels NBC News famously refused to run his reporting on Harvey Weinstein’s sexual misconduct.  She said that she appreciates Farrow’s support and is happy the author would cross party lines to defend women and help stop men who abuse their position of power.

“I’m hoping that my conversation with him made an impression,” Broaddrick said. “I’m very pro-Trump, and he is not, that doesn’t bother me.”

Former presidents receive lifetime Secret Service details and a six-figure annual pension, in addition to various other benefits. In 1999, Broaddrick sued Clinton, seeking documents that might be relevant to her allegations, but a judge dismissed her lawsuit in 2001.