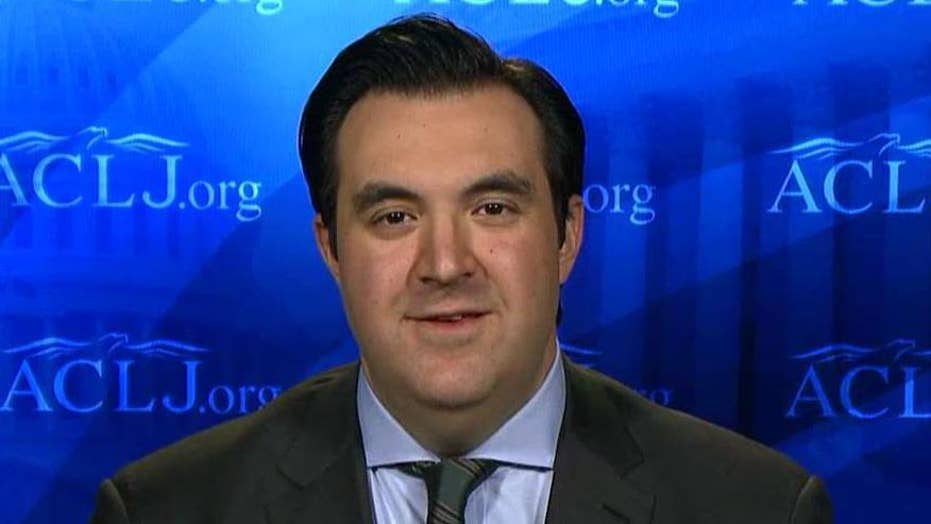 Reaction and analysis from Jordan Sekulow, a member of Trump's legal team.

Appearing on "Fox & Friends: Weekend" with hosts Ed Henry, Pete Hegseth, and Emily Compagno, Sekulow said one of those theories was in line with comments from Harvard legal scholar Noah Feldman -- one of the Democrats' witnesses who testified in favor of impeachment.

"The Senate did not consider President Clinton impeached until the House actually voted on the procedure to name its House managers that would then go to the Senate to present the articles of impeachment," Sekulow explained. "So, that's why you could argue that the president has not actually been impeached."

Sekulow said that another theory the team is examining "to move this along in a bit quicker process regardless of what Nancy Pelosi would like" is that, assuming the president has been impeached, the House's involvement is over.

"That's the only job the House has under the Constitution. You won't find. in the Constitution, in Article One -- anything about them having to name managers for the Senate to have a trial," he told the "Friends: Weekend" hosts.

"They can impeach, but who gets the sole power to try? It's the Senate. And, does the Senate have to wait for the House to present the articles?" he asked. "And, there's a theory, they don't, because the articles were publicly voted on and we all have them, as well as the reports -- the lengthy ones -- from the Judiciary Committee and Intel Committee."

Sekulow said that he doesn't think Democrats, either in the House or the Senate, would "buy" that the president wasn't impeached.

"So, ultimately, I think we want to see a trial regardless if Nancy Pelosi ever names managers and sends it over to the Senate or not," he said. "Because, ultimately, that will lead to the president's acquittal and the dismissal of these two articles of impeachment."

"I think we're going to wait right now between this break, obviously, to see if Nancy Pelosi is just kind of pulling a stunt here and we can get back on track...[and] go through the real process that we didn't see in the House," he concluded.