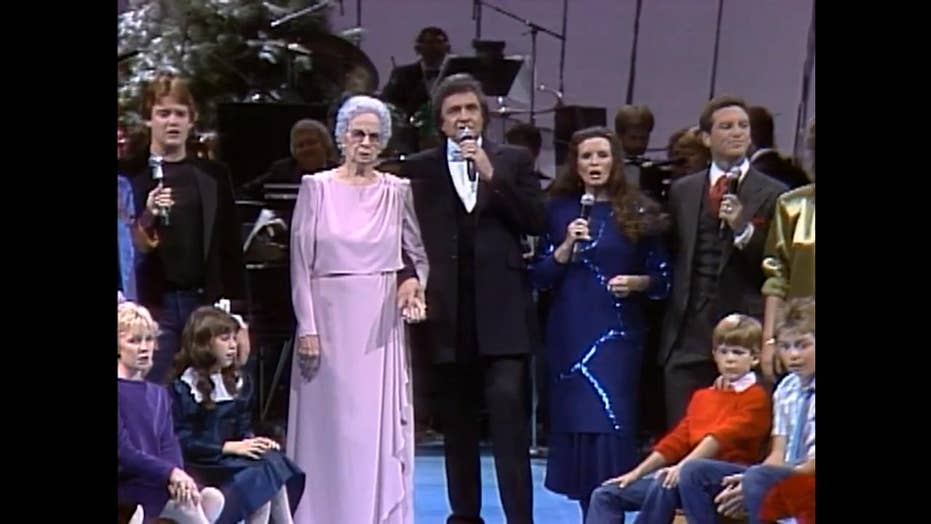 The 10th anniversary holiday musical, released in 1985, was a special edition of his annual Christmas shows, which captivated the country and became an annual Christmas tradition in homes across the United States.

In this episode, the Man in Black invited an array of old friends to join him on stage, including Jerry Lee Lewis, Willie Nelson, Merle Haggard, and Barbara Mandrell. Steve Martin and Kris Kristofferson also make an appearance.

Cash's wife June Carter joined her husband in song for a highly anticipated moment of the show, before his children, John Carter, Helen, Roseanne, and Cindy appeared on stage for a family chorus.

Cash’s legendary music career dwindled in the ‘80s, but he enjoyed a strong comeback in the ‘90s. As for his marriage, Cash and Carter remained together until her death in 2003 at age 73. Cash died four months later at age 71 from complications with diabetes.