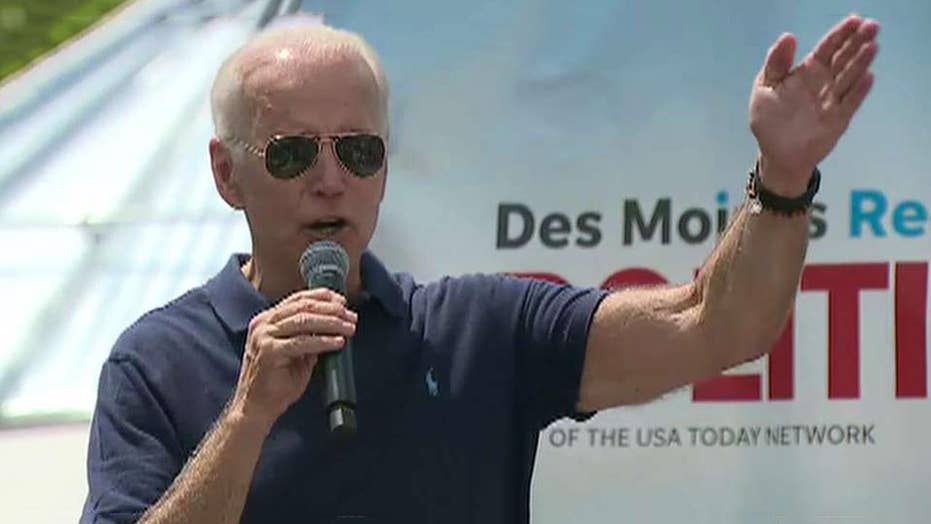 John Sununu on 2020 Democrats and their socialist campaign promises.

In an interview with “America’s Newsroom” co-host Sandra Smith, John Sununu predicted Biden's mistakes will continue to be a problem and that "there will be a huge list by the time we get into the Iowa caucus and the New Hampshire primary.”

Biden’s reputation as an inconsistent campaigner was reinforced at recent events in Iowa, the state that hosts the first Democratic presidential primary balloting in less than six months.

On Thursday -- during a campaign speech to Hispanic and Asian voters -- Biden told a crowd: “poor kids are just as bright and just as talented as white kids.” Realizing his mistake, he added: “wealthy kids, black kids, Asian kids.” On Saturday, he said that he “misspoke” and meant to say “wealthy.” 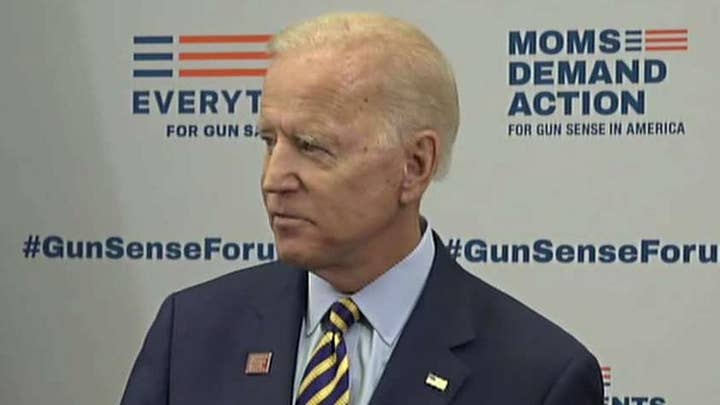 Biden also recently confused the locations of two mass shootings in El Paso, Texas, and Dayton, Ohio, mentioning the “tragic events in Houston” and “also in Michigan.” He quickly corrected his errors.

Most recently, he stumbled on Saturday afternoon at a forum organized by gun-control advocates. He said he had met, as vice president, with students after a mass shooting took the lives of 17 people at a high school in Parkland, Fla. However, the shooting happened in 2018 and Biden left office in January of 2017.

Sununu said Monday that remarks like these will raise doubts within the Democratic Party about whether Biden can defeat Trump.

“He will be attacked, primarily, by his primary opponents; the Republicans can sit on the sidelines and watch,” Sununu told Smith. “The Democrat Party is in a slight mode of panic. They don’t know. … In the morning they want Biden; in the evening they don’t want Biden.” 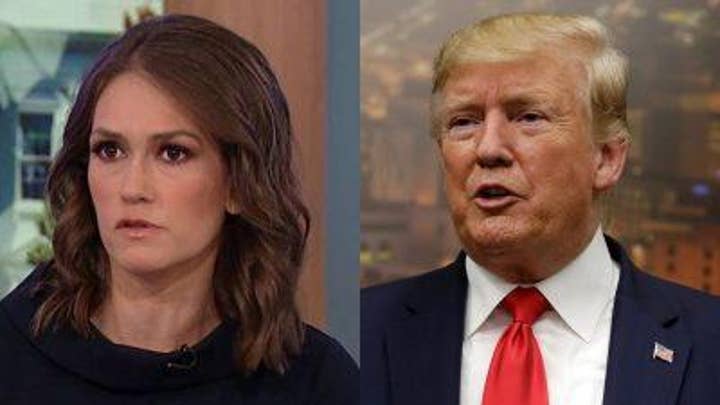 Biden’s lapses have provided ammunition for the president, though Trump has made his own speaking gaffes. On Friday he told a gaggle of reporters at the White House, “This is not somebody you can have as your president. But, if he got the nomination, I’d be thrilled.”

On Saturday, the president tweeted: “Does anybody really believe he is mentally fit to be president? We are ‘playing’ in a very big and complicated world. Joe doesn’t have a clue!”