Salena Zito, a political reporter at the Washington Examiner, said she was befuddled that President Joe Biden would call on OPEC to produce more oil while gas prices soar in the U.S.

Zito, who was a guest on "Tucker Carlson Tonight" Wednesday, asked why the Biden administration was now sounding the alarm about fast-rising energy prices after the president "put his foot on the neck" of the oil and gas industry day one in office.

"The energy industry in the United States has been one of the most robust sectors in our economy, leading right before the pandemic, we produced more oil than any other country in the world and we were self-sufficient in that area," Zito said.

He remarks came after Jake Sullivan, Biden's national security adviser, said in a statement released by the White House that OPEC's agreed-upon production increases are "simply not enough" to support global recovery from the pandemic, and said the nations needed to "do more to support the recovery." 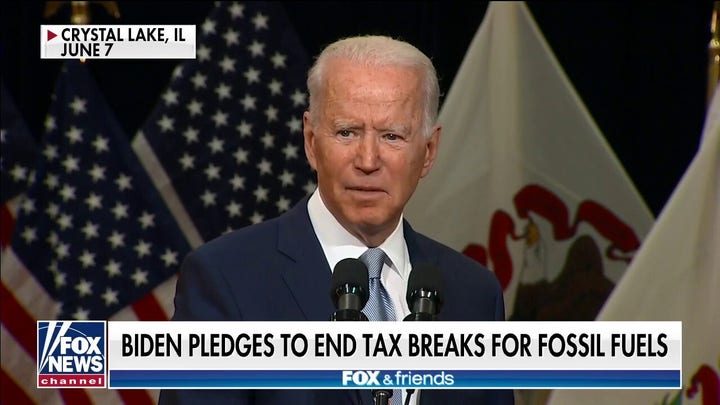 She said that the energy industry created jobs across the U. S., and called it "curious" that the Biden administration would ask OPEC to produce more oil while limiting its production in the U.S.

"Not only was that a job creator, and not only just directly within the energy industry but also the downstream industries that support it and the communities that then thrive on it and the school districts that benefit from it," she said. "But it also was very important in national security, which is why I thought it was curious today the national security head was telling, essentially begging the OPEC countries to produce more oil."

Zito also noted that this was just the most recent example of Biden's history of harming the U.S. oil industry.

"The energy industry, Joe Biden has put his foot on the next since day one and there is no exaggeration in that statement, from his executive orders on the Keystone Pipeline to halting and/or pausing production on federal lands with fracking in New Mexico and also oil production in Louisiana, he has impacted lives, American lives profoundly right there."