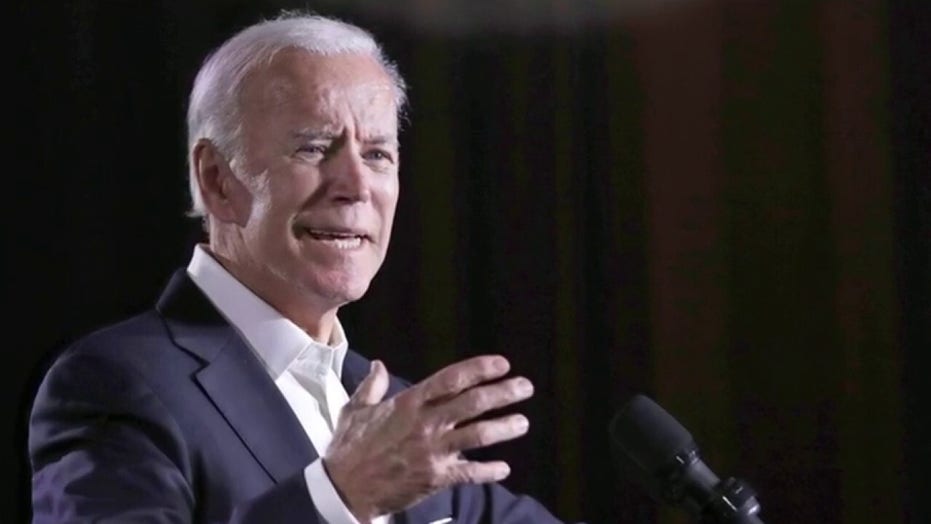 Washington looks on in disbelief as Biden unravels

'The Populist's Guide to 2020' author Krystal Ball breaks down the ongoing civil war within the Democratic Party.

Former Vice President Joe Biden declared on Tuesday that Mickey Mouse would have a shot against President Trump in the general election, so voters shouldn’t worry about Bernie Sanders winning the nomination.

Joe Biden said Democrats “could run Mickey Mouse” against President Trump and have a chance.

Biden called Sanders a “decent guy” who “labeled himself a democratic socialist,” which he doesn’t feel will help in certain states, particularly the South.

“Talk about baggage, man, you know, you’re going into all the states as a democratic socialist,” Biden said. “How does somebody run and not have that label attached to them?”

Co-host Willie Geist said that some influential Democrats don’t think Sanders is electable as a result of the socialism tag, but Biden disagreed.

"I refuse to suggest any Democrat can lose. I think we could run Mickey Mouse against this president and have a shot."

“I refuse to suggest any Democrat can lose. I think we could run Mickey Mouse against this president and have a shot,” Biden said.

Biden has been quite the quote machine lately and recently made headlines for calling a college student a "lying, dog-faced pony soldier" during a campaign event. He has gone on the offensive following his disappointing fourth-place finish in last week's disastrous Iowa caucuses, well behind rivals Sanders, Pete Buttigieg and Elizabeth Warren.

This past December in Iowa, Biden slammed a voter who questioned Hunter Biden's business dealings as a "damn liar" who needed to take an "IQ test."

The former vice president then seemingly called the man "fat" after deriding him for his self-professed sedentary lifestyle, although the Biden campaign said there was a misunderstanding.

Fox News’ Gregg Re contributed to this report