JESSE WATTERS: Gore makes money like a stick up artist. He tells the American people give me all your cash or you are going to die. And the climate business pays big bucks. He worth something like $300 million. He has a $2.5 million house in Nashville with $30,000 utility bill. And he just bought a $9 million villa on the ocean in California. Better be high up, Al because the rising sea levels might flood the foyer. Where does he get all this money? His documentary banked $50 million at the box office. And he sold current tv to rich Arab oil sheiks who own Al Jazeera. A station not really known for environmentalism. When Al Gore watches ISIS beheading video on Al-Jazeera. I wonder if he has any regrets.

He pocketed a massive $100 million from the sale, of course. Just like any grifter, he is always looking for an easy payday. In the middle of the George Floyd protest, while companies were making money off racism, Al Gore found a way to connect climate change to racism. Saying the need for climate action is bound together with the struggle for racial equality and liberation. Even Greta Thunberg thought that was a little too slick. When Joe Manchin killed the Green New Deal, Al Gore just showed up with a deal of his own. The former vice president just launched a $1.7 billion investment fund. It only invests in green companies. And Gore takes 20% before you see any of your profits. At least you feel good about yourself. Al Gore is like a climate priest, you pay a  percent to the church to save your soul. 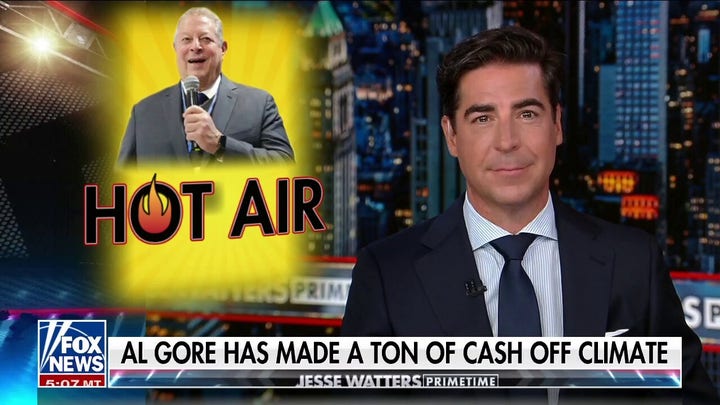