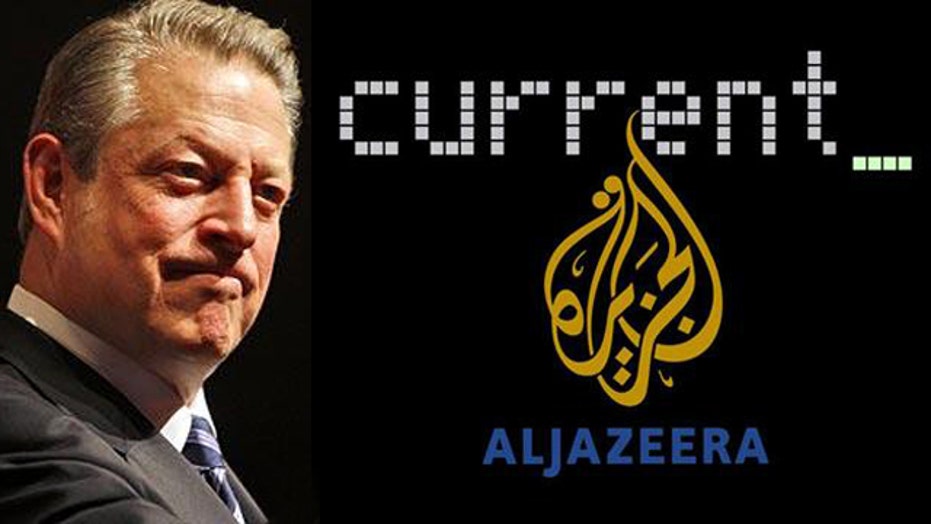 Former Vice President Al Gore has made himself a much, much richer man by selling his little watched cable channel Current TV to the Emir of Qatar-funded Arab news channel Al-Jazeera.

Gore netted $100 million with his 20 percent stake in the network when it was sold for a reported $500 million on Wednesday.

Al-Jazeera plans to euthanize the struggling, seven-year-old Current TV and turn it into Al-Jazeera America by adding five to 10 new U.S. bureaus beyond the five it has now. More than half of its content will be U.S. news, and the network will have its headquarters in New York, according to a rep.

But while Al-Jazeera will now be available in millions more American homes, it will not be seen on the nation's second-largest TV operator, Time Warner Cable, as they dropped Current TV immediately after the sale became final.

"Our agreement with Current has been terminated and we will no longer be carrying the service. We are removing the service as quickly as possible," the company said in a statement.

Time Warner Cable's move is a sign that Al-Jazeera will have an uphill climb to shed its reputation as a purveyor of propaganda, but the acquisition of Current TV instantly boosts its reach in the U.S. nearly ninefold, to about 40 million homes.

But even if it’s part of their cable plan, will people tune in?

“There are still people who will not watch it, who will say that it’s a ‘terrorist network,’ ” Philip Seib, the author of “The Al Jazeera Effect,” told the New York Times.

Al-Jazeera has been criticized for having a pro-Islamist bent, and accused of working with members of Al Qaeda. One of its journalists was arrested in Israel in 2011 on suspicion of being an agent of the Palestinian group Hamas. Dave Marash, a former "Nightline" reporter who worked for Al-Jazeera in Washington, said he left the network in 2008 in part because he sensed an anti-American bias there.

Another hurdle for Al-Jazeera is that few are watching Current TV now, with an average prime time viewership around 42,000 for shows starring disgraced New York Governor Eliot Spitzer, Jennifer Granholm and other liberal pundits.

But Gore, on his way out the door, sees a bright future for Al-Jazeera America where his Current TV failed, saying both networks were founded "to give voice to those who are not typically heard; to speak truth to power; to provide independent and diverse points of view; and to tell the stories that no one else is telling."