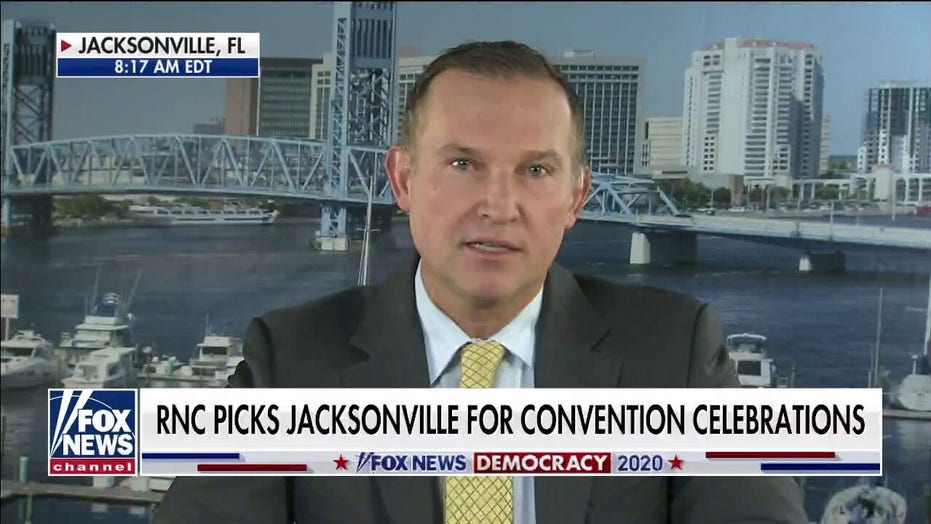 Despite a surge in coronavirus cases in Florida, Jacksonville Mayor Lenny Curry is promising a "full arena" for the Republican National Convention in August.

Appearing on "Fox & Friends Weekend," the former state GOP chair said Saturday that any health protocols that are deemed necessary will be in place.

"We were able to demonstrate the ability to put together and put on an event in a safe, responsible way as we emerge from COVID-19," he said. "We were responsible during the pandemic. We ... flattened the curve pretty quickly over time. Our hospitalizations are low."

But the pandemic is far from over.

JACKSONVILLE BEACH, FL - APRIL 17: People crowded the beaches in its first open hour on April 17, 2020 in Jacksonville Beach, Fl. Jacksonville Mayor Lenny Curry opened the beaches to residents for limited activities for the first time in weeks since closing them to the public due to the Coronavirus (COVID-19) outbreak. Jacksonville Beach became the first beach in the country to reopen. (Photo by David Rosenblum/Icon Sportswire via Getty Images)

According to data from the Centers for Disease Control and Prevention obtained by Yahoo News, the U.S. has seen a 36.5 percent increase in daily coronavirus cases in recent days as states lift stay-at-home orders and police brutality protests draw thousands to the streets.

On Friday, the Florida Department of Health confirmed 1,698 new cases of COVID-19 within the preceding 24 hours -- a nearly 20 percent increase from the state's previous high of 1,419 reported last Thursday.

Health officials also confirmed that there have been at least 966 new cases every day since June 3.

Florida -- one of the first states to reopen -- has had more than 70,000 confirmed cases and at least 2,877 deaths to date, according to the department. 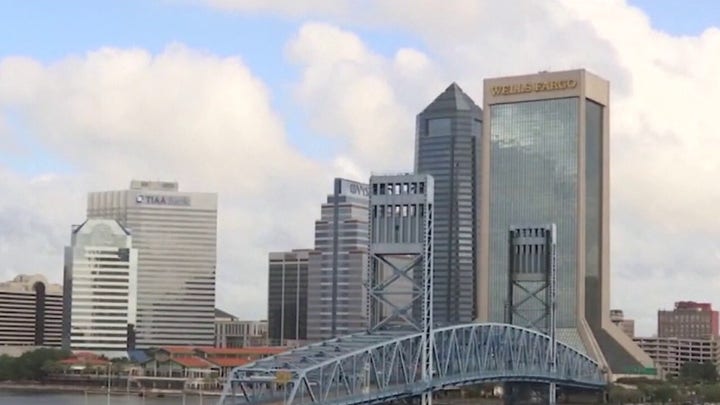 Jacksonville is the most populous city in the Sunshine State with almost 900,000 people.

Curry said the city has continued to bolster its coronavirus testing efforts and that without a vaccine, "the virus is with us."

Although Curry noted the importance of taking care of vulnerable people, such as the elderly and those with underlying health conditions, he stressed that his city's struggling economy needs the jolt that the GOP convention will give.

Jacksonville residents, the mayor said, will have to learn to live with the virus in a "responsible way."

The convention will be held at VyStar Veterans Memorial Arena with a capacity of 15,000.  Curry said there will be temperature checks of people entering the arena, but masks may be optional.

"Well, look, this is eight to 10 weeks out. So whatever the protocols are then, we will have them in place to make sure people are safe," he promised.

"But go back just a month and a half, two months ago. There were experts saying there would be no sports this summer or the fall. There were experts saying theme parks wouldn't be reopened. And that stuff’s happening now," Curry said. "So ... we have been headed the right direction as we phase our reopenings. We expect to have a full arena and celebrate the renomination of President Trump."