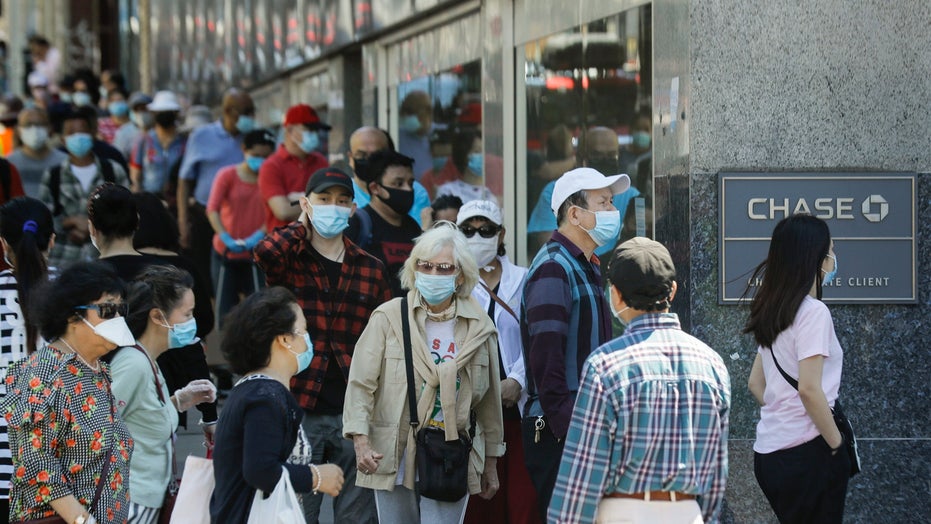 Confirmed cases of the coronavirus passed the 2 million mark in the United States on Wednesday, with infection rates in many areas appearing to spike — despite declines in infections throughout Europe, according to a report.

“Worse times are ahead,” said Joe Gerald, a public health researcher at the University of Arizona, who is helping to provide projections to the state's health department, according to The Washington Post. “The preponderance of evidence indicates community transmission is increasing.”

Britain, Spain, and Iran had roughly a 20 percent decrease in cases in recent days, the report added.

Meanwhile, Italy and Germany saw their numbers decline by more than 38 percent. Brazil, seen as the new virus epicenter in recent weeks, saw its infections decrease by more than 10 percent, according to Yahoo News.

“We were able to close our country, save millions of lives, open,” Trump said last Friday, Yahoo News reported. “And now the trajectory is great.”

Arizona’s health director wrote a letter to the state's hospitals telling them to “fully activate” their emergency plans, as numbers climbed last week, the Arizona Republic of Phoenix reported.

"We have seen a steady climb of COVID-19 cases in Arizona over the last two weeks. This trend is concerning to us, and also correlates with a rise in cases that we are seeing in our hospital ICUs," Banner Health tweeted Monday. The number of Arizona COVID-19 patients using ventilators has quadrupled, the organization said.

While South Carolina has seen its highest number of daily cases, Gov. Henry McMaster relayed that the Palmetto State wouldn't impose any new restrictions on the public. But he stressed the importance of taking voluntary measures to stay safe.

“Shutting down is not the answer,” he said, according to the Post. “People have to be able to go and work for a living.”

“Many of the cases that are showing up in hospitals are linked to gatherings that are taking place in homes – birthday parties and funerals,” said Olivia Kasirye, public health director of Sacramento County.

California Gov. Gavin Newsom has urged calm as the state deals with the surge in recent cases and hospitalizations.

“As we phase in, in a responsible way, a reopening of the economy, we’ve made it abundantly clear that we anticipate an increase in the total number of positive cases,” Newsom said Tuesday, according to the Mercury News of San Jose. “But we also made it abundantly clear that the concurrent recognition and commitment that we are in a substantially different place than we were 90 days ago. We have hundreds of millions of masks now in our possession.”

Health experts have worried that opening up the country too early –­ to prevent further damage to the economy –­ could eventually hurt the country in the long run, with the coronavirus pandemic lingering longer. Some have also worried that recent protests against police brutality could also contribute to a second wave.

Part of the increase could also be due to more testing, which hit a daily record of 545,690 tests last Friday, according to Reuters. Testing, however, has fallen since then.

“In a period of four months, it has devastated the whole world,” Dr. Anthony Fauci said during a virtual conference held by the Biotechnology Innovation Organization. “And it isn’t over yet.”

He said he's unsure when the outbreak will end, adding medical professionals were "still at the beginning of really understanding" it.

The 10 counties that saw the highest number of cases per 100,000 over the last two weeks were located in eight states –­ Georgia, Virginia, Louisiana, Mississippi, Arizona, Texas, Minnesota and New Mexico –­ the CDC said, according to Yahoo News.

In the U.S., all 50 states plus the District of Columbia have reported confirmed cases of COVID-19, tallying more than 2,000,464 illnesses and at least 112,924 deaths, based on data from Johns Hopkins University.