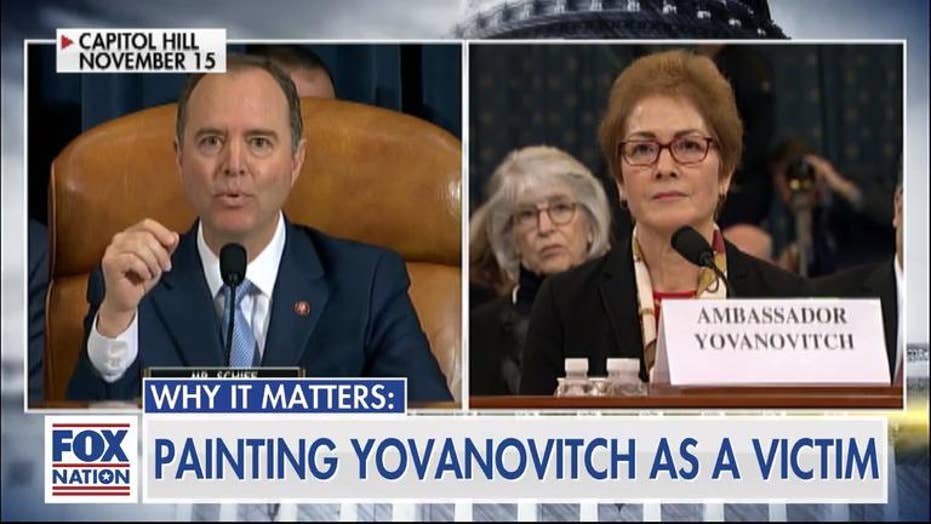 Bruce: Democrats using 'same template' against Trump as they did against Kavanaugh

Fox Nation host Tammy Bruce on Tuesday accused Democrats of employing the same tactics against President Donald Trump in the course of the House impeachment hearings as they did against Supreme Court Justice Brett Kavanaugh during his confirmation hearings.

"It's their tendency, a habit, or perhaps it's because of how they really do think of women -- to use women and put them in a position of being victims or infants in order to harm powerful men," said Bruce on her Fox Nation show "Get Tammy Bruce."

Some Democrats characterized the president's tweet as amounting to "witness intimidation," and Schiff appeared to press that point during the hearing.

"Now the president in real-time is attacking you," he said to Yovanovitch.

Goldman asked Yovanovitch how she felt after she learned that the president had called her "bad news" in that July phone call with Ukraine President Volodymyr Zelensky. 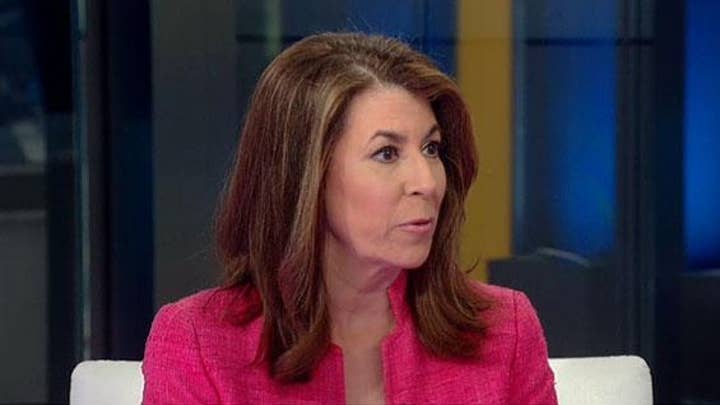 In setting up his question, Goldman warned, "I'd like to show you the excerpts from the call, without upsetting you too much?"

"What I'm casting the Democrats as doing here, which I think is obvious on its face," argued Bruce, "is treating this powerful woman like she's an infant, like she is some woman who is afraid and hiding in the corner or disturbed, by an example, a tweet by the president."

Furthermore, Bruce contended that this tactic is not new.

"I will remind you that this is almost the exact same template that was used against now-Justice Kavanaugh," she continued.

"You had women coming forward - women who had achieved certain things in life, who were professionals," she said in reference to Dr. Christine Blasey Ford.

In fact, Bruce was not the only political analyst to make this observation, though an opinion piece on NBC News came to a much different conclusion. 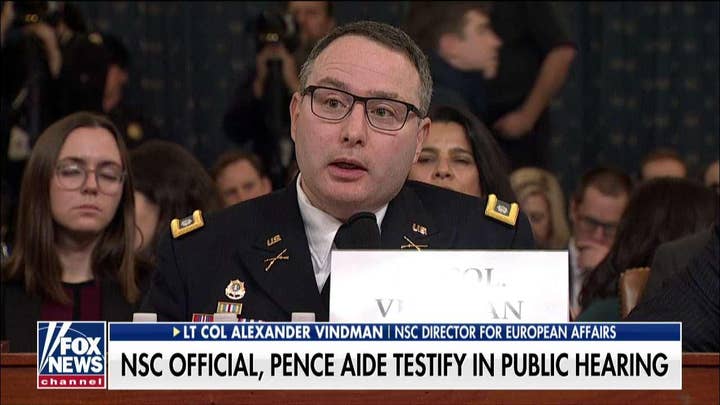 The article's headline read, "Trump's smearing of ex-Ambassador Marie Yovanovitch echoes Christine Blasey Ford: In the same way that Ford came to symbolize a certain kind of strength, Yovanovitch symbolizes any woman who’s ever had a man try to undermine her, demote her or push her out."

Bruce sees a clear political purpose in the Democrats' handling of Yovanovitch.

"They believe that putting her in this position and casting her as a damsel in distress is going to appeal to suburban women. That, in other words, that is how much contempt they hold for their own voters, for women in general. That you can be manipulated."

In conclusion, Bruce said she objects to the use of women as tools to achieve political ends.

"I contend, having been on the left, that the Democrats see women as useful idiots. They see us as useful victims... they need victimhood, as you've seen in both the Kavanaugh situation and now the impeachment hearing, women as victims are useful, they're needed and they're necessary."