Kurtz highlighted a tweet from "Cheers" actress Kirstie Alley, who pushed back on Couric’s comments.

"I mean, it's that kind of language that I think kind of deepens the divisions in this country," he said. "It's fine to disagree. It's fine to criticize the people, the criminals and thugs who broke into the Capitol and damaged our democracy, but not all the people who support Donald Trump."

HUCKABEE PUSHES BACK ON CALLS FOR 'DEPROGRAMMING' TRUMP VOTERS: 'THE CULT OF THE LEFT' 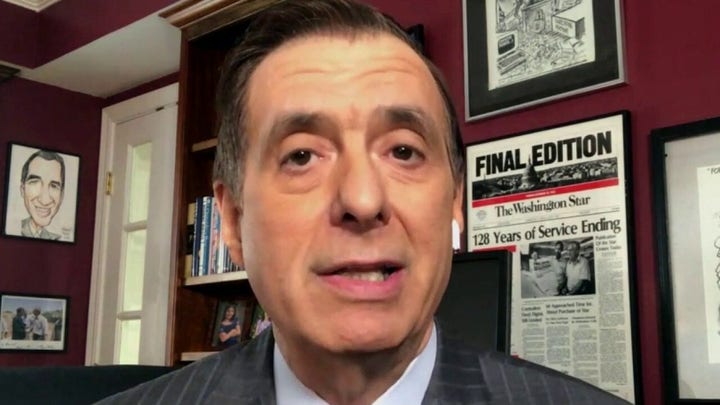 Liberal journalists and social media voices have stepped up their calls to "deprogram," deplatform or outright censor right-leaning voices in the aftermath of the deadly Jan. 6 Capitol riot.

During an appearance Friday on "Real Time with Bill Maher," former "CBS Evening News" anchor Couric ripped the Republicans in Congress who voted against impeaching President Trump over a charge of inciting insurrection.

"The question is, how are we going to, really almost deprogram these people who have signed up for the cult of Trump?" Couric said.

Her language mirrored that of liberal Washington Post columnist Eugene Robinson, who said last week on MSNBC that "there are millions of Americans, almost all White, almost all Republicans, who somehow need to be deprogrammed."

"How many people are in this cult?" Kurtz asked rhetorically. "All the people who voted for Donald Trump? When you say they need to be deprogrammed, we're talking about they're brainwashed, they're morons. They can't really think for themselves. Everything they believe must be lies.

"And I've known Katie Couric for a long time. She's very talented, not only [hosting] the 'Today' show, she was the anchor of the 'CBS Evening News'. She's a podcaster now, she's entitled to her opinion, but this is pretty disappointing language."