Because she was caught

Katie Couric appears to have gone far beyond her days as a straight news journalist and taken a sharp turn to the left.

On Friday night, the 64-year-old former co-anchor of NBC's "Today" show and later anchor of the "CBS Evening News" openly expressed disdain for President Trump and the Republican Party during an appearance on HBO's "Real Time with Bill Maher."

During the show's panel discussion segment, host Bill Maher kicked off a conversation on the GOP lawmakers who overwhelmingly backed the president in Wednesday's second impeachment vote.

Couric, who is set to guest host on "Jeopardy!," had no problem putting on her partisan cap.

"It is so shocking. ... Not only are they not conceding, Bill, but their thoughts -- that there might have been some collusion among members of Congress, some are refusing to go through magnetometers ... to check for weapons, they're not wearing masks during this siege," Couric began.

"I mean, it's really bizarre, isn't it, when you think about how AWOL so many of these members of Congress have gotten. But I also think some of them are believing the garbage that they are being fed 24/7 on the internet, by their constituents, and they bought into this big lie. And the question is how are we going to really almost deprogram these people who have signed up for the cult of Trump."

On the subject of whether Senate Majority Leader Mitch McConnell, R-Ky., will vote to impeach President Trump, Couric fantasized about the "Hollywood ending" it would be if McConnell "comes out as the hero" to convict the president.

Moments later, Couric calmed Maher's nerves after he predicted Trump would run for president again by pointing to "some legal scholars" who say that while the Senate needs 67 votes to convict Trump in the Senate, it takes only a simple majority to bar him from seeking the White House again.

CNN'S DON LEMON DOUBLES DOWN ON LUMPING ALL TRUMP VOTERS WITH KLANSMEN, NAZIS: 'I BELIEVE WHAT I SAID'

Couric expressed excitement for Biden's inauguration, calling it an "important symbol of closing the chapter on Donald Trump," after Maher argued the president-elect should scrap the formal event and do a small, indoor ceremony to prevent any health hazards for the 78-year-old Democrat.

"Joe Biden -- he's a friggin' tragedy magnet," Maher exclaimed. "He broke his foot playing with his dog. I mean, his eye exploded from blinking. We have got to treat this guy like the baby in 'Children of Men.'"

"I think he's pretty vibrant and in good shape," Couric responded, defending Biden. "You saw him run across the stage when he made that speech. ... I mean, compare his physical fitness to Donald Trump, hello!"

"I don't care about Donald Trump," Maher shot back, causing Couric to chuckle. 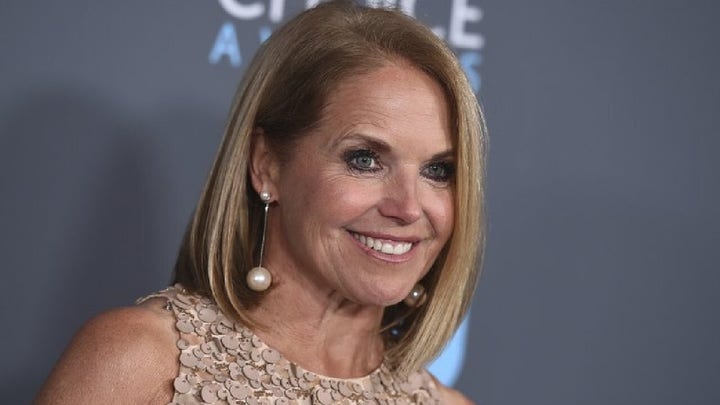 Couric later gave a full-throated defense of Trump's impeachment after Maher warned it would be "horrible" for the incoming Biden administration to be dogged down by such a partisan battle.

'JEOPARDY!' STAR KEN JENNINGS APOLOGIZES FOR 'INSENSITIVE' TWEETS -- INCLUDING ONE ABOUT BARRON TRUMP

"But Bill, if you commit a crime and then you move, does that means we're not going to charge you with a crime because you're moving out of the neighborhood? I mean, it's ludicrous," Couric told Maher. "I think there have to be guardrails on presidential power. He incited violence. ... He was really, really inciting violence."

"It is insane and you cannot let that stand," she added.

Her anti-Trump pile-on even carried on as Maher, who loathes the president, defended him as a free speech advocate after Twitter permanently banned the president's account.

"You're not allowed to yell fire at a crowded theater, so if you're inciting violence and you're spreading lies that are getting people fired up, encouraging violence, I think there should be some standard," Couric said, backing Twitter.

MAHER INSISTS TRUMP WILL RUN AGAIN, MCCONNELL WON'T IMPEACH: 'THE BATTLE IS OVER, THIS WAR IS JUST BEGINNING'

Couric also went out of her way to praise outspoken Trump critic Sen. Mitt Romney, R-Utah, who she compared to "Nelson Mandela."

"I think he suffered less," Maher reacted to Couric's comparison.

"You know what I mean," Couric laughed. "He seems to be an incredible statesman now because he's spoken out against [Trump]."

Couric is set to become the first female host in the history of "Jeopardy!" when she joins other celebrities in emceeing the long-running game show following the recent death of longtime host Alex Trebek.

Recent guest host Ken Jennings issued an apology last month for some past "insensitive" Twitter messages, including one about Barron Trump, the president's youngest son.