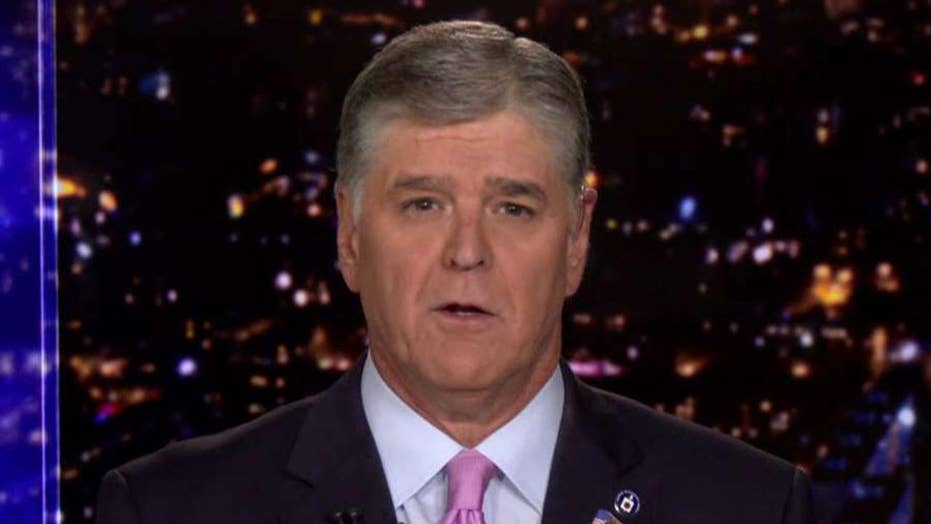 Hannity: Democrats are the ones guilty of conspiracy

Sean Hannity defended President Trump on Friday and backed Republicans' call for Democrats to hold an impeachment inquiry vote, describing the Democrats' push to oust the president a failure.

"Republicans are now daring Pelosi and the president daring Pelosi to hold an actual, real vote," the "Hannity" host said. "I second and third the motion without a doubt. This is turning out to be another spectacular political fail for Democrats and their allies and stenographers in the media, the mob."

"This is turning out to be another spectacular political fail for Democrats and their allies and stenographers in the media, the mob."

Hannity said the Democrats are showcasing their own "corruption."

"And what's more, it's a boomerang," Hannity said. "Just like Russia Russia Russia and exposing their own obscene level of corruption."

Earlier Friday came reports that the intelligence community whistleblower -- who alleged misconduct at the White House over President Trump’s call to the Ukrainian president -- did not disclose interaction with the staff of House Intelligence Committee Chairman Adam Schiff. Such communication should have been reported to the House panel's inspector general, sources told Fox News on Friday.

"No political bias, right?" Hannity said. "But the lying, cowardly, shifty Schiff ... wants you to believe this is just a nonpartisan effort to protect the country."

Hannity accused the unidentified whistleblower of being a Democratic operative.

The host once again accused Democrats of having a vendetta against the president.

"Democrats want to remove a duly elected president over -- What exactly?" Hannity said. "What, because they don't like him?"

Fox News' Catherine Herridge and Adam Shaw to contribute to this report.