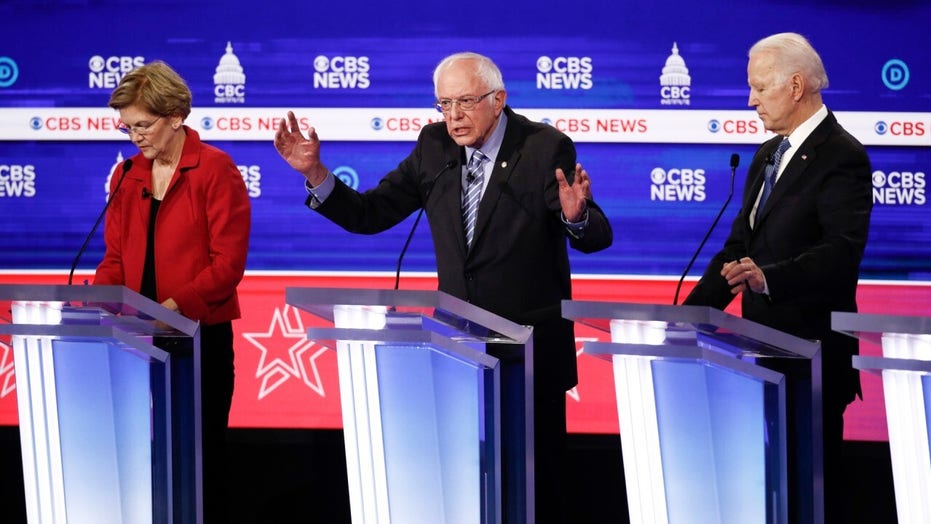 Democrats gang up on Sanders at debate; reaction and analysis on 'The Five.'

Gutfeld didn't like how Sanders reacted to questions about how he would pay for his plans if elected president but admitted the senator from Vermont may be the Democrats' best speaker.

"And then when they asked him how he was going to pay for his stuff, he said, 'How much time do you have?'" Gutfeld said. "So he couldn't even do it then."

"The math does not add up -- in fact, just on '60 Minutes' this weekend, he said he wasn't gonna rattle through the 'nickels and dimes.' Well, let me tell you how many nickels and dimes we're talking about," Klobuchar said. "Nearly $60 trillion. Do you know how much that is, for all of his programs? That's three times the American economy. Not the federal government. The entire economy."

"The Greg Gutfeld Show" host then complimented Sanders on his debate style and utilized his impression skills.

"But the scary part ... for the Dems, despite all that, he's still their best speaker," Gutfeld said, mimicking Sanders. "When he's up there he knows how to shut people he gets in front, he gets out there, he starts talking and he's not going to let the stench end. And he keeps going and it keeps going."

"And meanwhile, you have Buttigieg doing the under talk. 'Well, here I am over here, well actually molecules, molecules,'" Gutfeld said, taking a nerdy tone before mimicking Sanders again. "And [Sanders] is going, 'I'm over here. I'm talking and I'm relaxing and I'm confident' ... Bernie is really good ... He might be the most formidable against Trump on the debate stage."