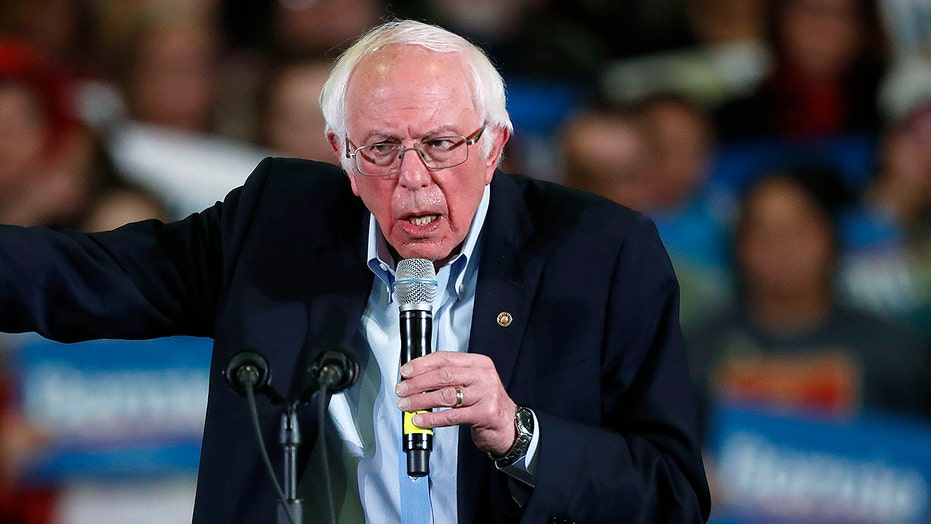 Rep. Ro Khanna, national co-chair for the Bernie Sanders campaign, addresses the controversy over the senator's Fidel Castro comments on 'The Daily Briefing.'

Bernie Sanders defended on Tuesday evening his past comments praising the Cuban government’s strides on education and healthcare under the Castro regime, saying he has opposed authoritarian regimes across the globe but that sometimes they “do some things good.”

Sanders, the Vermont senator currently leading the Democratic presidential primary field, drew widespread criticism over the weekend for the comments he made during an interview on CBS’s “60 Minutes.”

"We're very opposed to the authoritarian nature of Cuba," said Sanders, I-Vt., in a "60 Minutes" interview on Sunday night, "but you know, it's unfair to simply say everything is bad."

He added: "When Fidel Castro came into office, you know what he did? He had a massive literacy program. Is that a bad thing? Even though Fidel Castro did it?”

Sanders, a self-described democratic socialist, has refused to back down from his comments – arguing during Tuesday night’s debate in South Carolina that former President Barack Obama had once praised the Castro regime’s progress on education and healthcare. The Vermont lawmaker said there is a reticence among Americans to look back at Washington’s own history of overthrowing foreign governments and supporting dictators.

“It might be a good idea to be honest of American foreign policy and that is the American government helped overthrow governments in Chile, Nicaragua, and Iran,” Sanders said in reference to U.S. support in overthrowing leaders in those countries in the 1970s and 80s.

Sanders’ reference to Obama did not sit well with former Vice President Joe Biden, who claimed that his boss “never embraced an authoritarian regime,” while former South Bend, Ind. Mayor Pete Buttigieg lamented that the candidates were debating about Cold War-era policies.

“This is not about what coups happened in the 1970s and 80s, this is about the future,” Buttigieg said.

Sanders’ comments about the Castro regime could play a large role in how he fares in Florida’s March 17 primary.

Sanders' socialist identification and his willingness to praise leftist regimes have given his Democratic opponents ammunition to question his electability in a state with a large Cuban American population that remains fiercely skeptical of leftist governments.

In Florida, where Hispanics account for nearly one in every five voters, that skepticism could present a major hurdle for Sanders in the state's primary, and for Democrats hoping to win Florida's 29 electoral votes in November.

According to an Associated Press survey, about a third of Cuban American midterm voters identified as Democrats.

However, Democrats hardly have a lock on that vote in battleground Florida, particularly among the nearly 2 million Floridians of Cuban, Venezuelan and Nicaraguan origin.

“It’s not just about Cuban American voters, it’s Hispanic voters as well, many of whom would never consider voting for an avowed socialist ...," said Fernand Amandi, a Cuban American pollster based in Miami.